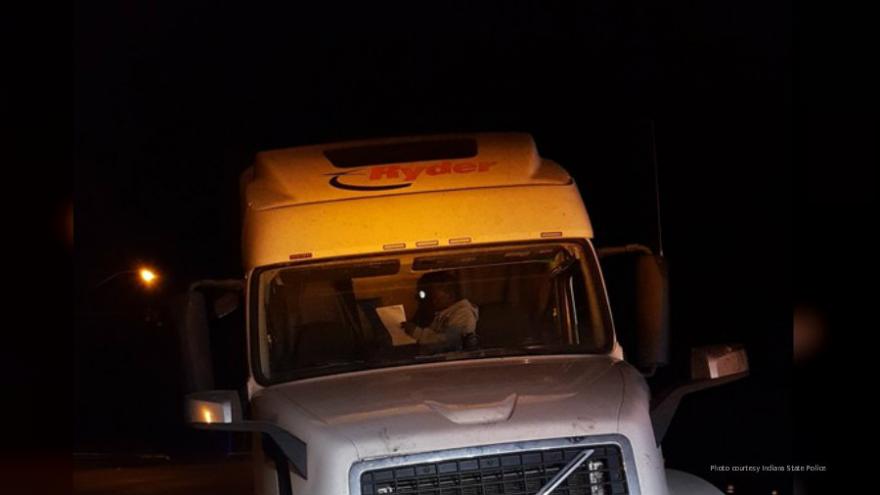 LAKE COUNTY, Ind--A semi which was pulling a box trailer left the roadway on I-65 south at approximately 2:00 a.m., Saturday morning and hit a guardrail attenuator according to the Indiana State Police.

The accident caused a diversion in traffic for approximately two hours.

Allegedly, a preliminary investigation by Trooper Partyka showed that a 2013 Volvo semi, driven by Vincent Okemwa, from Bloomington, Minnesota, was in the right lane of I-65 south bound approximately 2 miles north of the Lowell exit when an unidentified car cut him off.

According to police, Okemwa stated the car attempted to pass which caused him to veer to the right and strike the attenuator.

Okemwa was unable to provide a description of the vehicle.

The car continued on its path south bound on I-65 without stopping.

The Volvo semi received extensive damage and needed to be towed.

The accident is still under investigation at this time.

ABC57 will keep you updated on further developments.