Semi loaded with hazardous materials catches fire on I-94 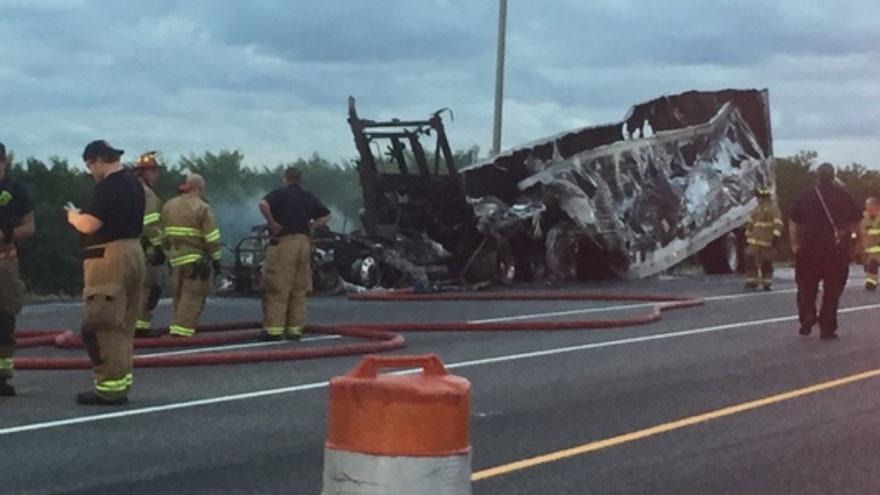 The semi, driven by 65-year-old Robert Hoffman of Nebraska, was traveling westbound when he felt something wasn't right.

He pulled over to the side of the road and discovered part of the vehicle was on fire. The fire spread and destroyed the semi and box trailer.

Police said the trailer was loaded with hazardous material corrosives that were being taken from East Hartford, Connecticut to Bensenville, Illinois.

For a short time, police believed they would have to evacuate businesses near the fire, but did not need to order the evacuations.

The semi had the proper placards, police said.

The road reopened at approximately 9:15 a.m.