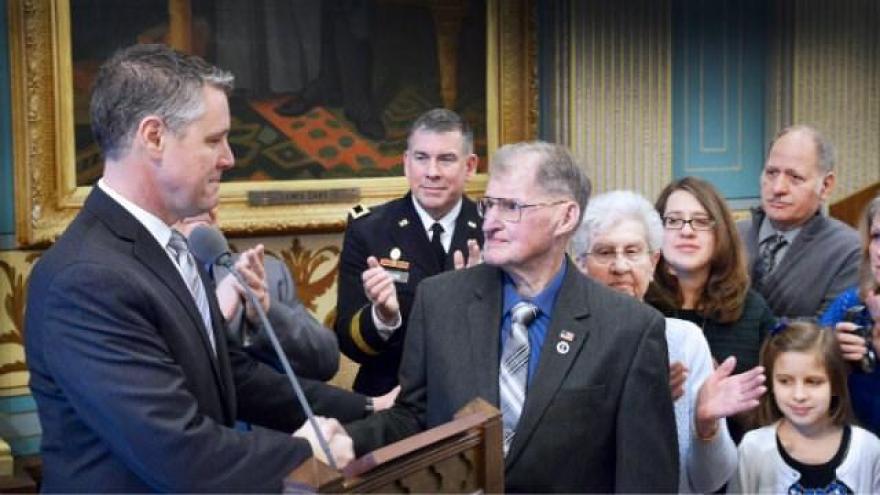 A Michigan veteran of three American wars was honored by Senator John Proos during the Senate session on Wednesday.

“We are truly grateful for Arthur’s bravery, courage and willingness to risk his own life in order to protect the liberty and freedom that we hold so dear,” said Proos.

According to the Senate, Hawkins was assigned to the 19th Bombardment Group, which was the most decorated bombardment group in World War II.

Hawkins served in the Korean War then completed his service to the U.S. Air Force in 1967 after the Vietnam War.

With Hawkins’ exceptional track record, someone was surely to take notice. His story was brought to Sen. Proos’ attention by Rev. David Haase.

“Arthur would have never asked for this recognition. He is too humble for that. He will be the first to tell you that he represents the men and women who have given so much in service to our great nation,” said Proos.

The Senate says Hawkins is also a recipient of several honors including the National Defense Service Medal and the Air Force Longevity Service Award Ribbon.