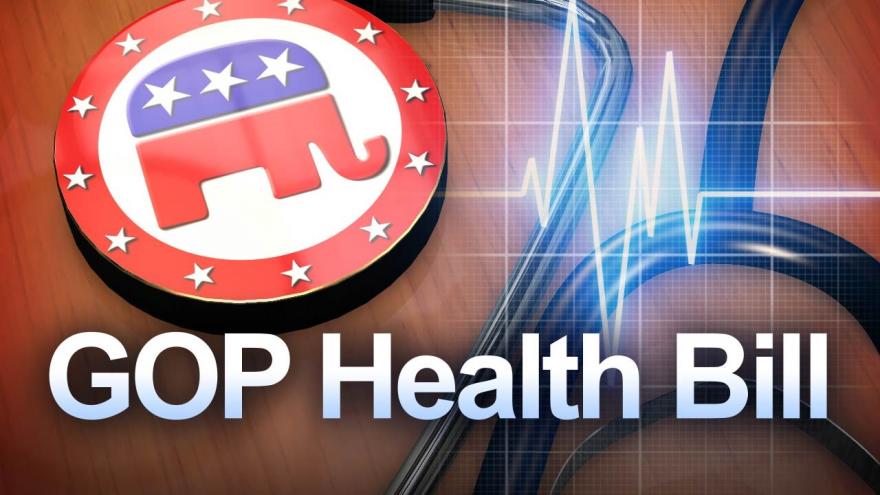 (CNN) -- Senate Republicans return to the daunting task this week of crafting a bill to repeal and replace the Affordable Care Act -- but both in private and in public, senators and their aides are expressing little sign of progress or reason for confidence that they can make good on their campaign promise.

Behind the scenes, aides say a so-called "working group" is so far nowhere near reaching a consensus, as moderates and conservatives remain divided over whether to gut key Obamacare regulations and how to structure Medicaid.

The group of lawmakers is set to meet again Tuesday and Thursday to air and hash out differences, with leadership and key committee chairs taking the lead on drafting the legislative text. And the entire Republican conference is set to be briefed on a menu of options for how to move forward during their all-member lunch Tuesday.

But senators are openly questioning whether a broad health care bill can come out of the upper chamber this year.

"It's unlikely we will get a deal," Republican Sen. Richard Burr said in an interview with a local TV station Friday. "I don't see a comprehensive health care plan this year."

Wisconsin Sen. Ron Johnson, who has been attending the working group meetings, said Sunday in a radio interview that tax reform would be an "easier lift" than health care -- and cast doubt on whether a comprehensive health care bill was within reach.

"We may have to break this into two pieces. Do a real kind of triage and a short-term measure to stabilize the markets then take our time and actually have a health care bill that will restrain the growth of costs in health care," Johnson said. "That ought to be our primary goal here. Not just getting 50 votes to pass any old bill."

Conversations with multiple GOP aides to senators who sit on the working group also revealed deep skepticism that the coalition of lawmakers can produce a product that can bring enough senators on board.

Behind the scenes, the idea of auto-enrollment has become a flash point for conservatives who say it's no different than a mandate. Under the proposed auto-enrollment idea being floated, states would be able to repeal Obamacare regulations if they automatically enrolled consumers in what is known as catastrophic coverage, a basic insurance package that would cover individuals in case of a health emergency.

But moderates have remained open to it as a way to ensure premiums go down. Conservatives, on the other hand, have been clear they would like for states to opt in to core Obamacare regulations rather than opt out of them like the House health care bill suggested.

One senior GOP aide said legislative text is not expected this week. And as of Friday, several aides to rank-and-file lawmakers who are a part of the working group said they were not given updates from leadership on the progress of the bill.

"It's going to be a surprise for us tomorrow," one GOP aide told CNN Monday, in reference to the expected lunch Tuesday where members will be briefed on a few potential options to move forward.

One Republican Senate aide added that the working group meetings so far have not been focused on reaching any kind of consensus, but conducted in such a way so that each member was simply stating their preferences for the Senate bill. Leadership has largely been in "listening mode," that aide said, and it's not clear yet how they will be able to consolidate the wide-ranging input it has received from across the conference.

In meetings, aides have said that Majority Leader Mitch McConnell, the ultimate decision maker, has not made any statements that would point to which way the GOP's bill will move.

At this point, one GOP aide said it's time for the conference to make some tough decisions.

"The members need to make the call sooner rather than later ... then you get to drafting," the aide said.

One senior Republican aide involved in the health care talks, dismissed suggestions the GOP had hit a wall and held out hope an agreement still could be reached.

"Too early to abandon health. Deal still possible," the aide said. "Always darkest before the dawn."