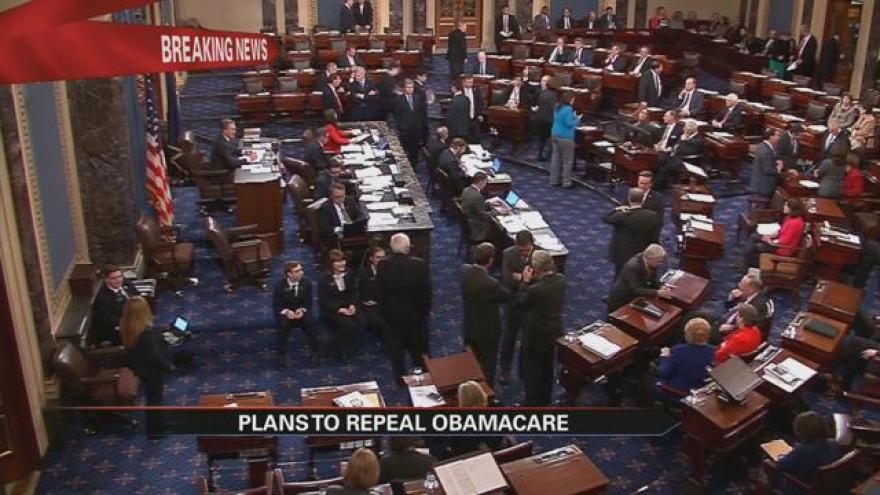 In an overnight marathon session, Senate Republicans approved a budget blueprint with a 51 to 48 vote around 1 A.M. Thursday morning.

Republican senate leaders say they want to act as quickly as possible to “bring relief to the American people”.

This plan will use the same budget process that was initially used to approve the healthcare law, but this time to dismantle it.

This comes after President-elect Donald Trump said in a press conference yesterday that he is confident his administration would soon reveal a plan to repeal and replace Obamacare.

Michigan Democratic Senator Debbie Stabenow released a statement overnight saying: “The Republican repeal will put insurance companies back in charge of our healthcare, take away patient protections from every American with health insurance, kick 30 million Americans off their insurance and drive up the price of prescription drugs for everyone.”

But, Republicans say otherwise. “The Obamacare bridge is collapsing and we’re sending in a rescue team. Then, we’ll build several new bridges to get better healthcare,” said Republican Senator from Wyoming, Mike Enzi.

The house could vote on the measure as soon as Friday, even though some Republicans have doubts about moving the repeal forward without a better idea of the replacement plan. It’s expected to pass.

After that, they will begin the process of drafting a second bill rolling back major parts of Obamacare.