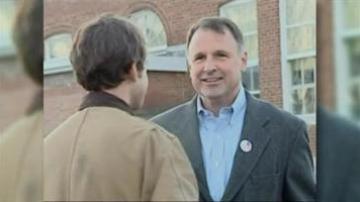 WASHINGTON D.C. -- Former Gubernatorial Candidate and Democratic state Senator Creigh Deeds is in critical condition after investigators say his son stabbed him in their Virginia home.

Police say 24-year-old Austin "Gus" Deeds shot himself after stabbing his dad multiple times in the head and upper torso.

Tuesday night Senator Deeds is in fair condition in a D.C. area hospital.

Lawmakers tweeted out their support for the Deeds family from Capitol Hill, many stunned at the news.

"Deeds and his son had an altercation at the Deeds residence. He was stabbed multiple times in the head and torso," said Corrine Geller of the Virginia State Police.