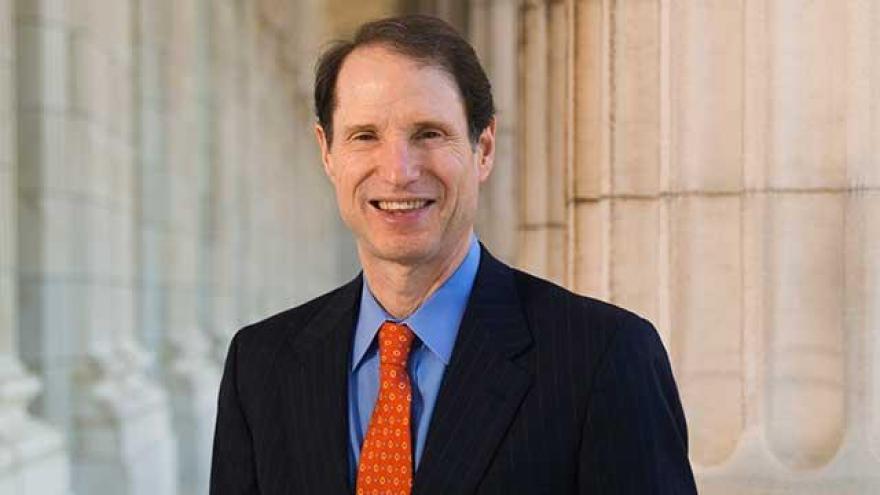 WASHINGTON (CNN) -- Can the government demand you unlock your phone at the airport? A senior Senate Democrat is demanding the Department of Homeland Security explain reports that it's doing just that.

Oregon Sen. Ron Wyden, a senior member of the Senate Intelligence Committee and privacy hawk, is set to send a letter to DHS Secretary John Kelly calling reports that Americans were required to unlock their smartphones "deeply troubling," asking what legal authority allows for it.

"These reports are deeply troubling, particularly in light of your recent comments suggesting that (Customs and Border Protection) might begin demanding social media passwords from visitors to the United States," Wyden wrote. "With those passwords, CBP may then be able to log in to accounts and access data that they would otherwise only be able to get from Internet companies with a warrant. Circumventing the normal protections for such private information is simply unacceptable."

A NASA engineer said he was detained at the Houston airport on January 31 as he was returning from a vacation in Chile just days after President Donald Trump's controversial travel ban went into effect. He ended up handing over his work-issued phone with sensitive information on it, along with his PIN, before being released.

The case has raised concern among the privacy community.

While in most cases law enforcement would not be able to demand individuals unlock their phone without a warrant, borders have much lower standards of privacy. A US appellate court has ruled that devices may be searched at the border but may not be given full forensic searches.

But Wyden said doing so could have grave consequences and said he plans to introduce legislation that would require a warrant before searching devices at the border.

"In addition to violating the privacy and civil liberties of travelers, these digital dragnet border search practices weaken our national and economic security," Wyden wrote. "Indiscriminate digital searches distract CBP from its core mission and needlessly divert agency resources away from those who truly threaten our nation. Likewise, if businesses fear that their data can be seized when employees cross the border, they may reduce non-essential employee international travel, or deploy technical countermeasures, like 'burner' laptops and mobile devices, which some firms already use when employees visit nations like China."

He also posed a series of questions to Kelly, including what the legal authority CBP is using is, how often CBP demands that passwords are disclosed, and how often it has asked for social media passwords. Wyden requests answers in a month.

In a hearing before the House Homeland Security Committee, Kelly indicated he would strike a hard line on border privacy. Talking about the travel ban and importance of vetting individuals before they enter the US, Kelly said the department may ask: "What sites do you visit? And give us your passwords."

"(It's) so that we can see what they do on the internet. And this might be a week, might be a month. They may wait some time for us to vet," Kelly said. "If they don't want to give us that information then they don't come ... So these are the things we're thinking about."