Sentencing of convicted spy to begin 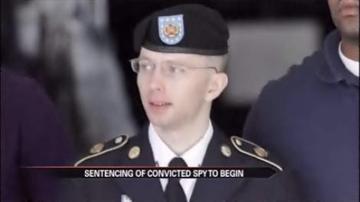 The sentencing part of his trial began on Wednesday. Tuesday he was convicted of espionage, theft and computer fraud but was acquitted of the most serious charge, aiding the enemy.

"It's a fairly simple matter for a talented enemy to go through those reporting cables and begin to define who may have been our sources," said former director of the CIA and NSA Michael Hayden.

A military judge will weigh the alleged damage from Manning's leak before giving out the sentence next month.