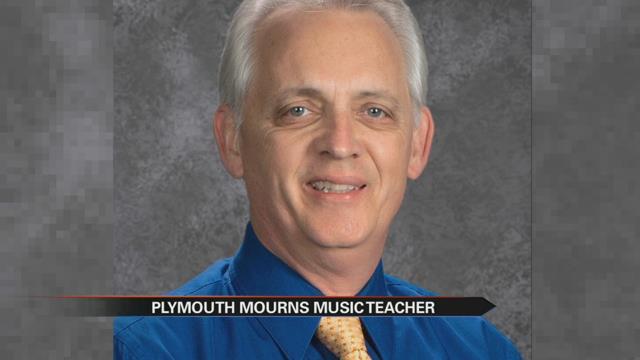 A service of remembrance was held for longtime music teacher Bob Pickell at Plymouth High School on Thursday night.

Pickell died Friday after an accident in his home. He had recently retired after 38 years with the district.

“I would just tell him how much he meant to me, how much he influenced me, and how much I looked up to him,” said Tricia Witmer.

Witmer and Pickell’s other former students got the chance to sing for him one last time, performing “Amazing Grace.”

Witmer will take over for Pickell in the fall. She was in his classes from 6th-12th grade.

“He has left a legacy and huge shoes to fill. I just hope I can be half the teacher and inspire half the kids that he has influenced over the years,” said Witmer.

“He would want us to celebrate his life because that’s what Bob stood for to always find the good in the cause. Everyone loves the gift of music. Bob played that to the hill. He has gotten to know generations of families like no other and his teachings will be life-lasting,” said Principal James Condon, Plymouth High School.

“They have been inspired by him and they are going to continue singing and he has just put an impact on so many of our lives, Anna Hite, junior at Plymouth High School.