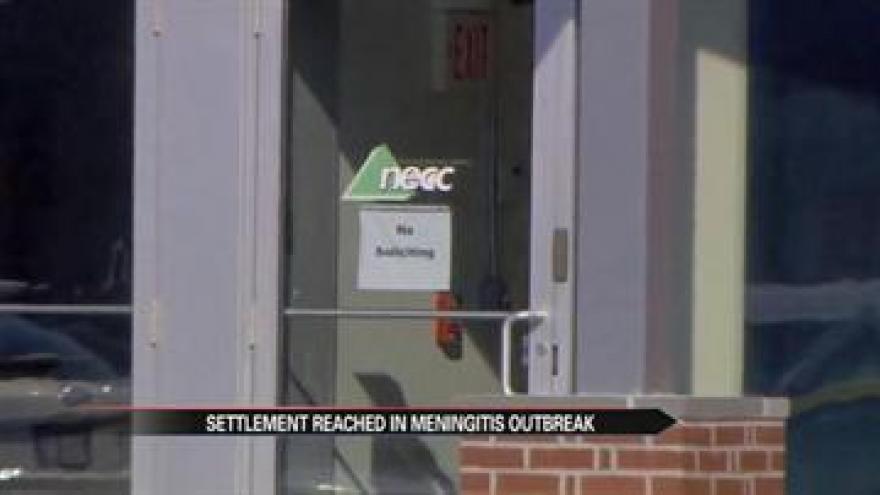 A settlement has been reached with the victims in the deadly fungal meningitis outbreak.

Attorneys involved say the $100 million fund will compensate the victims and pay off creditors.

The CDC says the outbreak was linked to tainted steroid injections from the New England Compounding Center in Massachusetts.

Nearly 700 people got sick and dozens of people died.

The plan is now under a judge's approval.