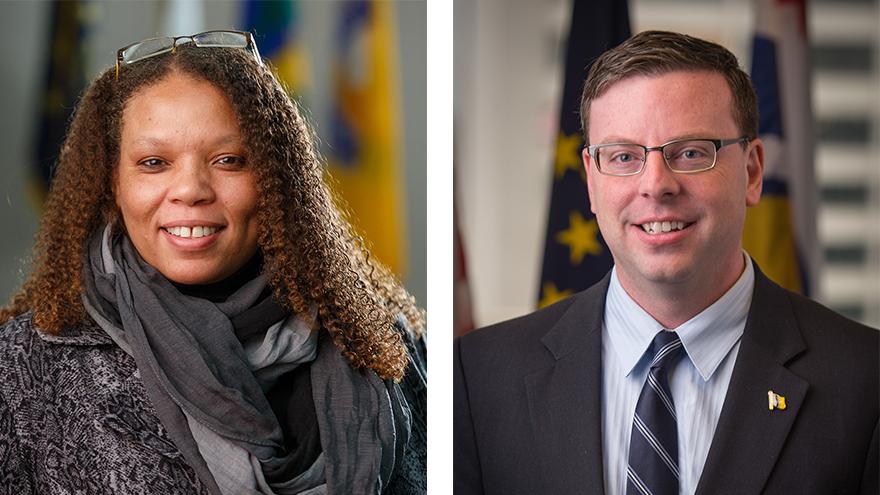 Several people have announced their intention to explore running for South Bend mayor. Current Mayor Pete Buttigieg announced last month he will not be running for re-election.

James Mueller, South Bend's Director of Community Investment, announced Friday he will take a leave of absence while he explores his candidacy.

“This is a critical moment in the City, and I need to give my full attention to this process.” said Mueller. “I’m grateful for our talented team, and know they will continue making progress on all our initiatives across the city during my absence.”

Councilwoman Regina Williams-Preston announced on Friday she will form a committee to explore running for mayor.

“As a civic leader and community organizer, I am always looking for ways to ensure that we live up to our highest values and that all residents benefit from decisions made by city leaders. The Racial Wealth Divide Report reminds us that too many in our community are still being left behind. It’s vitally important that our next mayor, not only build on outgoing Mayor Pete Buttigieg’s positive contributions to our city, but also leads the city in the next steps to a more inclusive economy," Williams Preston said in a press release. “We’ve assembled a strong team of community organizers, concerned citizens, and local progressives. I look forward to their feedback in assessing a potential run for mayor and how we can help our city achieve its full potential through participatory and inclusive local government.”

However, at least one person wanted to put to rest speculation.

Aaron Perri, the Executive Director of South Bend Venue Parks & Arts, sent out a press release to announce while he's grateful some have asked whether he would run, he has decided against running for mayor at this time.

"At this point in my career, I’m most interested in improving and expanding the impact we create through Venues Parks & Arts.  It’s a historic time to be involved with this work.  We’ve set an unprecedented number of projects in motion and we have many exciting things yet to accomplish in the very near future.  The work we do is important and this not a time to lose focus," Perri said in a press release.

Several others have filed the paperwork, including Oliver Davis and Shane Inez.