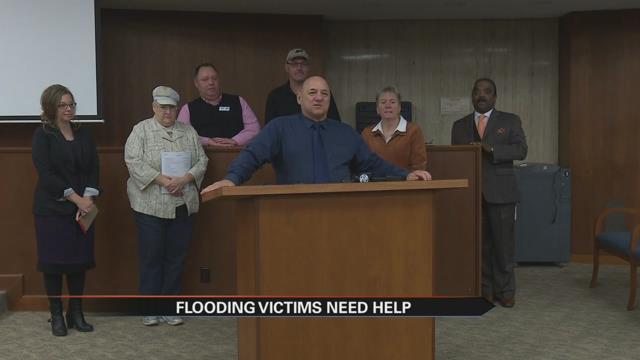 Many are receiving less financial help than expected.

The county is asking for everyone’s help in rebuilding.

Fran Clark is one of the homeowners who applied for a Small Business Association low-interest loan but didn’t qualify.

Her basement is still in shambles, and many of her belongings in a fire pit.

Clark says that nightmare got worse when she was denied the loan.

“I got a letter in the mail stating I didn’t qualify because of no income, but I’m retired,” Clark said.

Of the 135 flood victims who have applied for the low interest loans, only 24 received them.

That leaves 110 people who asked for it are left without financial help.

“There’s $3.7 worth of damage in our community with no insurance coverage and nowhere to turn for relief,” John Antonucci, director of St. Joseph County Emergency Management said.

Now the county is looking from within, begging the community to donate time and money to the recovery group, made up of several organizations.

“Anything that somebody can lend toward this effort is appreciated,” Antonucci said.

Anyone can volunteer or donate to help rebuild the estimated 280 homes damaged by the floods.

Volunteers go through UMCOR and donations go to the South Bend Heritage Foundation.

“Any little thing helps, because really we don’t expect it. So when you do get it you’re just so surprised and so thankful,” Clark said.