Several hospitalized, one dead, due to carbon monoxide poisoning at hotel pool 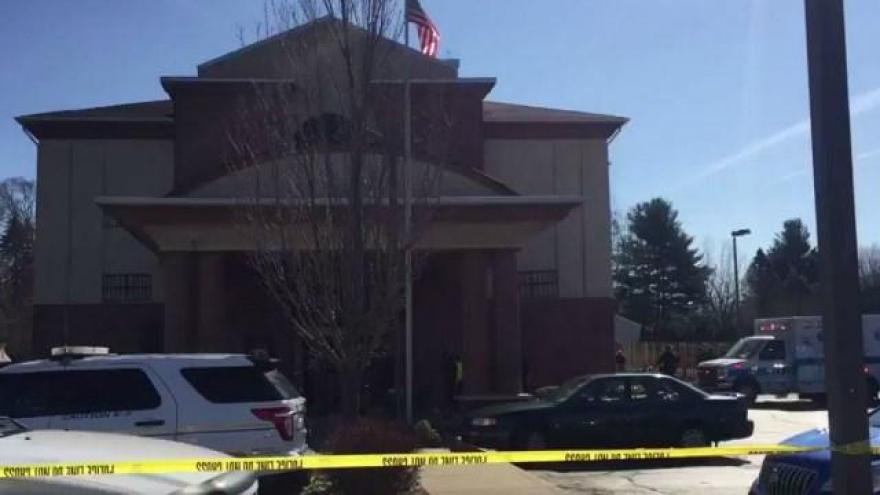 Several people are being treated at the hospital for carbon monoxide poisoning that happened at the Quality Inn and Suites in Niles, Michigan. One person has died.

Just before 10 a.m. Saturday, an employee of the hotel walked by the pool area and noticed several people unconscious. The employee opened the door and called 9-1-1.

Niles City Police were first on scene and confirmed six youth were unconscious in the pool area. A seventh juvenile was located in a room of the hotel. The juvenile had just left the pool area.

When Niles City Fire arrived on the scene, they rescued the six youth, but didn't have air packs with them. They were exposed to carbon monoxide during the rescue.

"The time it would have taken for us to go out, get our air packs and come back in, we can grab the patients and start pulling them out as we leave. All the responders took a little more risk, but we had to get those kids out and into fresh air for their best chance of survival," Niles City Fire Captain Don Wise said.

The rest of the hotel was searched and evacuated. There were elevated levels of carbon monoxide in other areas of the hotel, but the levels on the second and third floors were significantly lower than the pool area.

The hotel is closed until further notice.

Fifteen victims were taken to Memorial Hospital in South Bend or Lakeland Hospital in Niles, according to Captain Wise.

One of the patients taken to Lakeland was dead on arrival, according to hospital spokeswoman Jessica Hines. The child has been identified as 13-year-old Bryan Douglas Watts.

The four officers and hotel employee were all released Saturday afternoon.

Memorial Hospital in South Bend received nine patients. one was a police officer and the other eight were juveniles.

As of 6 p.m. Saturday, one person was still in the hospital in Lakeland and seven children were still in Memorial Hospital. Five are in fair condition. Two are in serious condition.

A mechanical engineer responded to the scene and determined the cause of the carbon monoxide was a malfunction of the pool heater's ventilation system.

"Our inspector did confirm it was the pool heater. The ventilation system was not proper. There were some issues with it and that's what caused the buildup of carbon monoxide in the pool area," Wise said.

There were no carbon monoxide detectors in the pool area.

A family member of  two of the victims said they were fine when she left them in the pool area, but minutes later they called her mom for help.

"We all had breakfast. I took them to the pool because as you know you have to check out early, so I took them to the pool they were playing laughing. Went home right up the street to go get dressed for work, my brother called my mom crying, talking about he felt dizzy and that somebody needed to come down there because Aliyah and the rest of her friends were making weird noises. So my mom hurried up and went down there. When she arrived all the kids were surrounding the pool passed out throwing up. I put on the rest of my clothes ran down there when I arrived the ambulance had all the kids on the grass doing CPR and everything," Alisjha Smith said.

Smith said two of the patients are her siblings.

"My sister is still not talking. She still has a lot of the poison in her system. My brother is responsive, actually ok. Watching TV, but still in the bed as well," Smith said.

There was a report of an incident at the Quality Inn at 1265 S 11th St in Niles, MI.  This is an isolated incident, and the hotel is working closely with local officials to manage the situation. The hotel is an independently owned and operated franchise property. Our highest priority is always the safety and well-being of our guests.