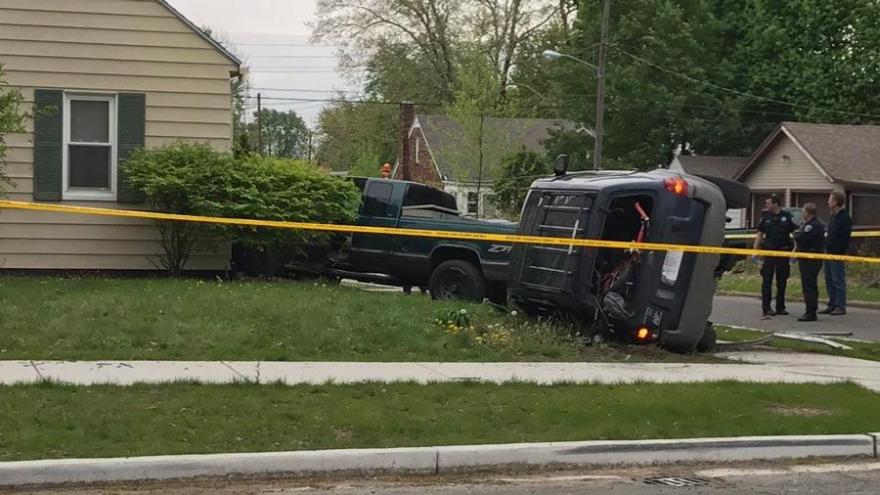 South Bend Police have made the arrests of the two people accused of stealing a pickup truck and crashing, causing multiple injuries.

Friday, a two car crash and a pedestrian crash that both happened at Fairview Avenue and High Street Friday afternoon.

Police said a stolen pickup collided with an SUV, then the pickup struck a house and the SUV rolled over in the yard of the house.

Police said the people in the pickup ran from the scene. The truck had been reported stolen about an hour before the crash.

There were two adults and five children, between the ages of one and 6-years-old, in the SUV at the time of the crash.

After the crash, a nearby resident was standing in his driveway looking at the accident scene when his wife accidentally struck him with the car, police said. This crash was reported around 4:15 p.m