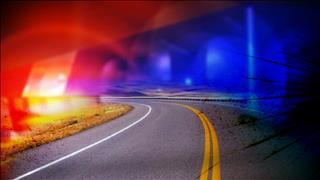 The Elkhart County Sheriff’s Department responded to a car collision Friday on County Road 20 around 9:30 p.m.

35-year-old Derek Newby of Goshen was backing into his driveway on County Road 20.

There was damage to the front passenger side bumper and front end of Lynch’s car.

Lynch was transported to IU Health Goshen for a laceration to his leg and hand, and neck pain.

Newby and the three passengers in his vehicle, a 26-year-old, 2-year-old, and 1-year-old, were all transported to IU Health Goshen for complaints of neck and back pains.

Everyone involved in the crash was wearing a seat belt.

Lynch was cited for driving too fast for conditions.