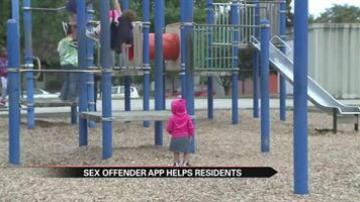 SOUTH BEND, Ind.-- A little over a month ago ABC57 told you about the Life360 app that can help you identify sex offenders and track crime in your area.

What we found is shocking-- several South Bend elementary schools have sex offenders living just a few steps away.

If the sex offenders aren't on parole, it’s perfectly legal for them to live by a school in Indiana.

One father who lives by Lincoln Elementary School says this is unsettling.

Dana Kovacevich said, “We don’t get updates very much around here. You think you would living in front of a school. I have a kid. It’s nerve racking knowing they are close around here.”

Kovacevich lives across from Lincoln Elementary School and he says he wants the community to pass around a petition to get sex offenders out of their neighborhood and away from schools.

He says it's scary that child molesters can legally live so close.

Kovacevich said, “The public needs to decide whether they think it’s right or not.”

On the Life360 app, dots in your area identify exactly where registered sex offenders live.

Nicolas Meersman said, “A lot of parents around here have nine to five jobs, so when their children get out of school they are unprotected. I think there needs to be some changes in the legislation about sex offenders living close to schools as well as after school locations where people frequent.”