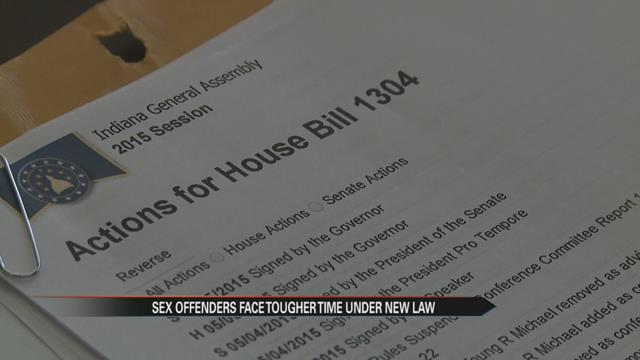 A Michiana grandmother is speaking out about the man who molested her 5-year-old grandson.

At the time there was no law to increase the penalty if a victim of child molestation was given an STD.

Shelley says she has been passionate about changing the law for years now but it hasn’t been an easy journey.

“He went to sit down on my lap and he couldn’t sit. And I said ‘Does your bottom hurt that bad that you can’t sit?’ and he said ‘Yeah.’ I whispered in his ear and I said, 'You know you can tell grammy anything,' ” Shelley said.

It’s what the 5-year-old told his grandmother that still makes her emotional almost three years later.

He described several incidents over a few months where he had been molested by Bradshaw, a man close to the family.

Shelley immediately contacted police and took her grandson to the hospital.

It was there Shelley found out her grandson had contracted an STD.

It’s an unimaginable and rarely spoken about life-long consequence for victims of some child molestation cases.

“This is a lifetime sentence for him. Dale Bradshaw did three years behind bars and this child will live with this for the rest of his life,” said Shelley.

Shelley was shocked during the court process when she found out there was not a charge to cover the transmission of STDs from an offender to the victim.

“I said ‘You’re not going to charge him for giving this child herpes?’ And he said ‘No, you don’t understand, there are no laws against this there is anything to charge him with. So there’s nothing we can do.’”

But Shelley wasn’t going to take no for an answer.

“I said, 'You know this isn’t going to sit well with me, this is not something I can just sit with and walk away from,'" Shelley said.

She contacted Senator John Broden, who was also inspired to help change the law.

The two worked tirelessly writing petitions and getting signatures.

Shelley even told Cameron’s story at the statehouse.

All of their hard work paid off, on July 1st Cameron’s Law went into effect in Indiana.

Now Shelley hopes to take the law nationwide. For more information on how you can be involved click here.