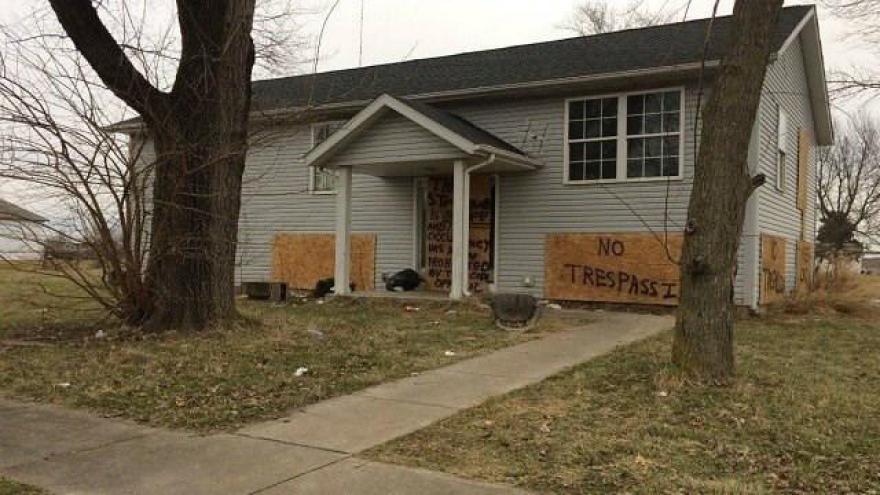 The Madison County Sheriff's Office charged Timothy Elkins, Jr. and Amy Elkins with involuntary manslaughter. They are also charged with one count of felony child endangerment and nine misdemeanor counts of child endangerment.

Police said they received a call about an infant who was not breathing at 406 Main Street in New Douglas around 5:12 a.m.

Tuesday. Medical personnel were called to the scene, but the baby could not be saved. The child died at Staunton Memorial Hospital.

Sheriff John Lakin said the family was co-sleeping on one mattress in the living room and the infant was found face down in his baby carrier. The Elkin's had nine kids and eight were home at the time including the infant, Matthew.

Inside the home Lakin said trash was piled to the ceiling and there was dog feces on the floor. Outside there was evidence of a dead animal in the yard that had been there for some time.

Officers got physically sick when they walked into the home, according to the Sheriff, adding the officers had never seen living conditions so bad.

"It's just a shocker," said Antonio Williams who lives nearby.

Another parent on the street said his daughter goes to school with some of the infant's siblings and he thinks it's an eye opening moment for all parents.

"Love your babies while you can. You never know when you might wake up one morning and they might not be there," said Christopher Fogg.

Property records show the house was a habitat for humanity home that the family moved into in 2012.