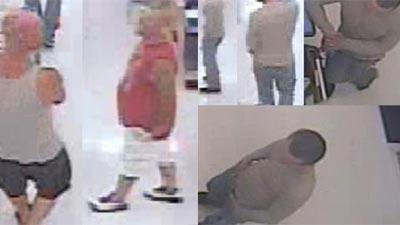 The Elkhart County Sheriff’s Department has released photos of three men they’re interested in questioning in an investigation into the use of a stolen credit card.

Around 6 a.m. on July 19, the three men went to a local store and purchased expensive power tools and toys using a stolen credit card, according to the sheriff’s department.

The men were driving a white minivan similar to a Ford Windstar.

Although the photos are of poor quality, the sheriff’s department wanted to release the photos because of the seriousness of the crime.

If you have any information on the identity of these men, contact the detective bureau at 574-891-2300.