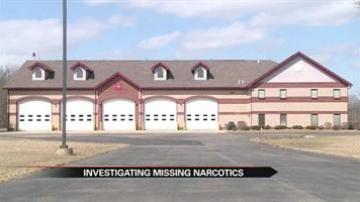 CONCORD, Ind. -- The Concord Fire Department is at the center of an investigation into missing narcotics. Police confirmed pain killers may have been stolen from the department's ambulances.

On February 21st, a pharmacy worker at IU Goshen Health Hospital noticed a problem. Narcotics in the care of Concord Township Fire Department paramedics appeared to have been tampered with and some had disappeared from the ambulances.

The missing drugs are prescription pain killers that are extremely addictive.

The Elkhart County Sheriff's Department is investigating the case as larceny.

The suspects have not been identified publicly, but the sheriff's department confirmed has been investigating the Concord Township Fire Department. Some of the firefighters also serve as ambulance paramedics.

The fire chief has been tight lipped about the incident.

The Township Trustee says he has no comment on the situation, but said the board will hold a special hearing on April 15.