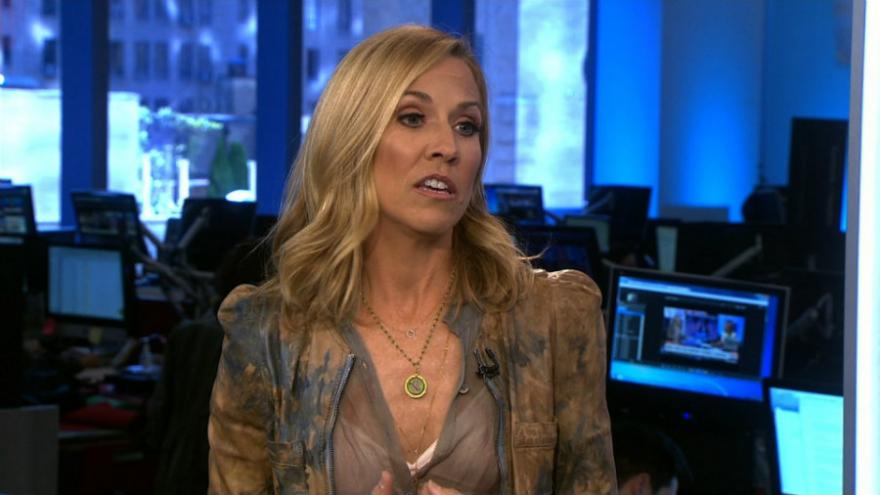 (CNN) -- For Grammy award-winning artist Sheryl Crow, inspiration comes from everywhere, even the most random tweet.

This month, Kid Rock announced he was running for Senate, drawing mixed reviews. One Twitter user decided to drag Crow into the debate.

Crow, who is very much alive and promoting her latest album, quickly shot back: "Dude. I'm still alive."

Crow and Kid Rock are no strangers to each other. They recorded the duets "Picture" in 2001 and "Collide" in 2010, and have toured together in the past.

The exchange drew thousands of likes and retweets. Crow drew inspiration from it, and grabbed her guitar.

"In the studio today & I saw I'd be "rolling in my grave" -- inspired me to write a song "Dude, I'm Still Alive!," she wrote in a tweet accompanied by video of her performance.

"If Kid Rock runs for Senate, I wouldn't be surprised. But not over my dead body, cause dude I'm still alive," her lyrics say.

"I'm sorry Jeff Sessions, seems they're dropping like flies," she croons, alluding to the firing of FBI Director James Comey, the resignation of White House press secretary Sean Spicer and also Friday's news of the firing of the former chief of staff Reince Priebus.

The singer tweeted the song's lyrics.