Shoot out at My Place Bar and Grill in South Bend 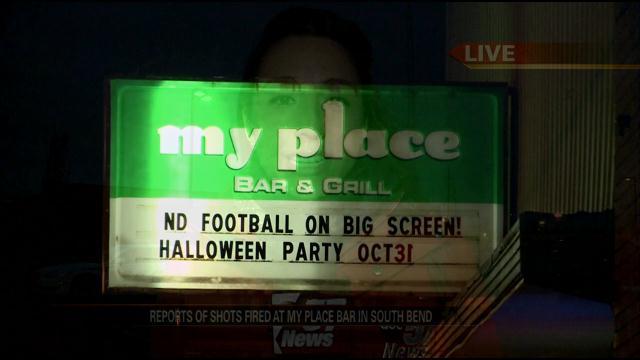 At around 3:15 am Sunday South Bend Police responded to shots fired at My Place Bar on Portage Avenue in South Bend.

“At about 2:45 last call next thing you know another patron let one of the gun men in and next thing you know a fight broke out, couple friends of mine jumped into it and tried to stop it but both gunmen pulled their guns out and it turned into an 1860's western shot out,” describes Krallman.

Another witness said she was standing so close to one of the gunmen that she could hear his gun click after running out of bullets.

The suspects fled the scene and are still on the loose. No one was injured.

A woman who witnessed the shoot out gave a description of the two suspects. She says she saw two black males, one wearing dark clothes with a black hat and mustache, the other was bald wearing a black shirt and green hooded sweatshirt with a zipper.