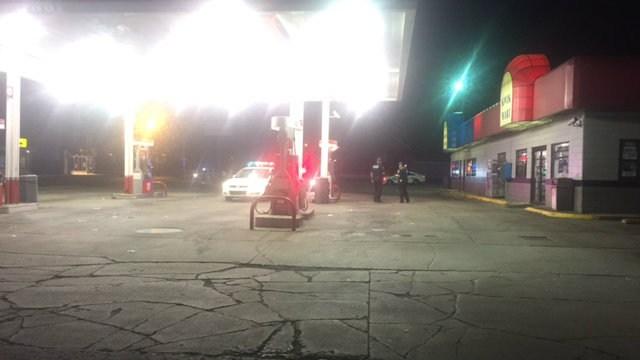 The call came in at 12:30 a.m. after ABC57's News Operations Manager Eric Bellinger was driving by, and witnessed a man pull out a gun and shoot another man.

He pulled over, and called the police who arrived to the scene.

Police say the victim is in the hospital with a gunshot wound to the arm.  They expect that he will be okay.

They believe that the victim was inside the gas station making a purchase, and as he left the building was approached by a group of people in an attempted robbery.  Police say there was a scuffle, which later resulted in a shooting.

South Bend Police Department are on the lookout for a suspect.  The surveillance video from the gas station is too grainy to determine an accurate description of the suspect at this time.