GRANGER, Ind.—A juvenile is in custody after an off-duty Indiana State Trooper was shot inside of his home on Thursday night.

Officers were dispatched to the 1000 block of Conover Drive on Thursday night at approximately 11:08 p.m. regarding the shooting, according to the St. Joseph County Prosecutor's Office.

Off-duty Indiana State Trooper Matt Makowski was found shot inside of his home.

Trooper Makowski sustained a single gunshot wound to his lower body and was taken to the hospital. He is in semi-stable condition in the Intensive Care Unit following surgery.

Following an investigation at the scene, officers detained Makowski’s son, who is a minor. He is being held at the Juvenile Justice Center on a preliminary charge of attempted murder. 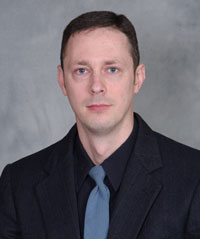