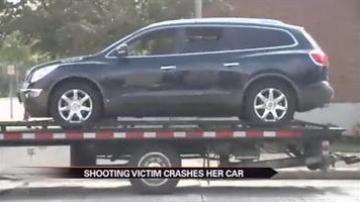 MISHAWAKA, Ind. -- We are following breaking news out of Mishawaka.

At this hour, one woman is recovering in the hospital after police said she was shot in the stomach.

Here's what we know at this point:

The woman was driving north on Church St., just two blocks from the Mishawaka Police Department. That's when she ran into the back of a car stopped at the light.

At first, the people in the car thought it was a simple fender bender, but then they found the female driver had been shot in the abdomen.

The woman was still conscious and talking to first responders as they left to go to the hospital.

There has been no update to the woman's status.

In the meantime, police have already begun their investigation and are trying to figure out who shot the woman and where it happened.

Lt. Tim Williams of the Mishawaka Police Department said while it is amazing what people can do after being shot, he warns against driving a vehicle while losing blood because it could end badly.

Luckily, no one was seriously injured in the crash.

We will continue to follow this story and bring you updates on the air and online.