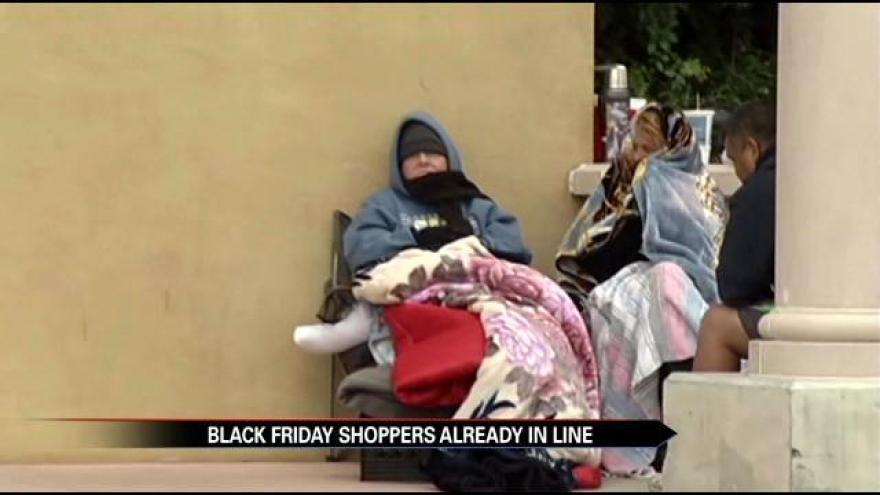 Millions of shoppers head to the stores late on Thanksgiving night to secure a spot in line for the mega deals that come with Black Friday.

The consumer craze becomes more intense each year, and shoppers seem to line up earlier each year.

Two women in southern California have been camped outside a Best Buy store for seven days already, with Black Friday just over two weeks away.

The women say they have been doing it for years, and other shoppers say this year is going to be just as chaotic as any other year.

“From here around the corner, all around, you'll see it. It's going to be hectic,” says bargain hunter Jacob Alva.

Stores like K-Mart, Best Buy, JC Penny's, Toys R Us, Wal-Mart, Kohl's, and Target will be open on Thanksgiving.