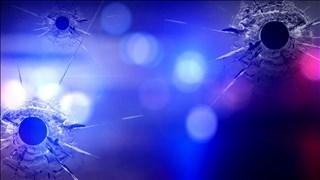 The shots were heard in the 600 block of east Indiana Avenue.

Police say a resident called at 2:29 p.m. and reported hearing 8 gunshots but did not see anything.

Police arrived on scene to find casings in the street and say a nearby home had been hit.

Police are still searching for a suspect and there are no victims at this time.

A second witness told police they heard the gunshots and saw a teen in a dark hoodie with white print and jeans allegedly heading down an ally with a gun in hand.

Officers followed the lead but did not find any suspects.

Police were on scene until about 4:00 p.m. speaking with residents.

We will update this story as more details develop.