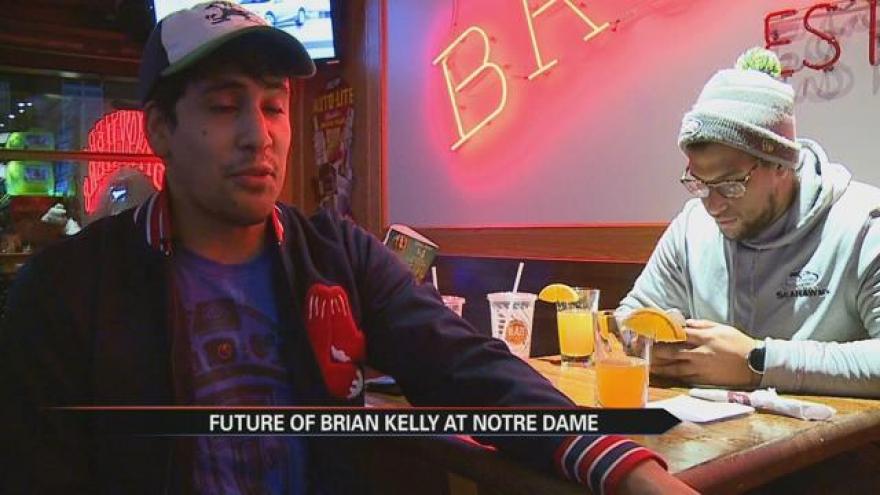 “It’s been a hard season for them, I’ve watched some heartbreaking games,” said fan Marius Zillion.

With Saturday night’s loss to USC, Notre Dame’s season ended with a 4-8 record.

After the game news broke that Coach Brian Kelly was reportedly exploring other coaching options.

In a statement released early Sunday morning Coach Kelly reiterated his commitment to the university:

"I felt I was clear with the media following yesterday's game at USC when I was asked about my desire to be back as the head football coach at Notre Dame, but in light of media reports that surfaced afterward, let me restate my position. I have not been, am not, and will not be interested in options outside of Notre Dame. I'm fully committed to leading this program in the future.”

While he dispelled the rumors he wants to leave, we asked local football fans if they think Coach Kelly should still be leading the program.

“I think it’s just one year, it’s been a bad situation give him another shot,” said Zillion.

“Just about all coaches, the good kids come, the good kids go. You can’t always have a great team. One year, you cannot make a foregone conclusion by one off season,” said longtime Notre Dame fan Jim McCaffery.

Others say this one bad season under Coach Kelly was one too many.

While the school’s athletic director has been saying all season Coach Kelly’s job is safe, he has not recently released an official statement to confirm this.