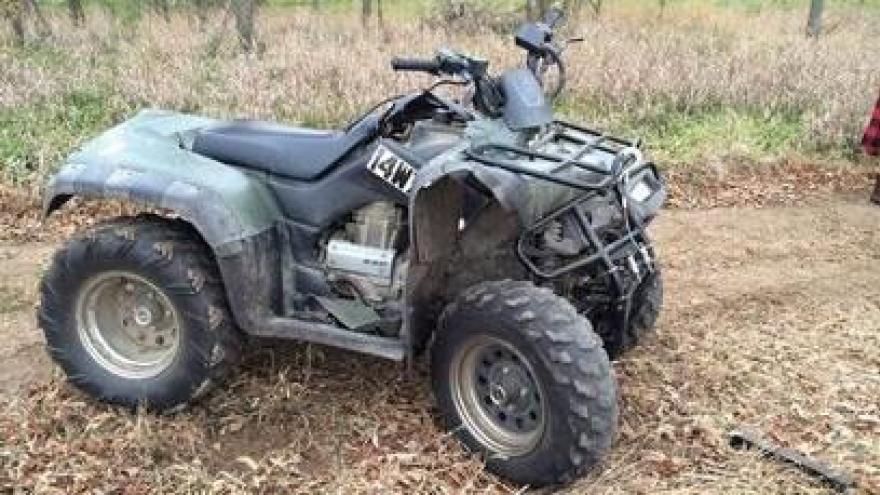 A 14-year-old boy is recovering after being involved in a head-on ATV collision with one of his siblings. It happened Sunday around 2:30 p.m.

Indiana Conservation officers in Warsaw say the boy, Thomas Lemon, was operating an ATV on private property when he collided head-on with another ATV operated by his 12-year-old sister.

Police say the two were driving up opposite sides of a hill and were unable to see each other before their vehicles collided. Police say Lemon was thrown over the handlebars and sustained cuts on his legs.