Sick woman says she was exploited by fake fundraiser 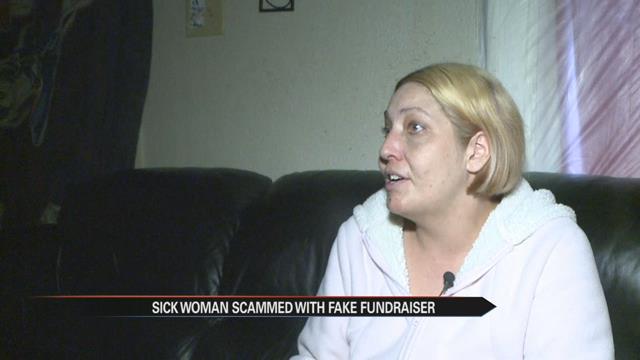 An ill South Bend woman says her blood disorder was exploited and used to create a fake fundraiser by a stranger.

Her pain started in 1987, with a diagnosis of ITP, a disorder which lowers blood platelets.

Weaver says over the years, it’s gotten worse, weakening her immune system and forcing her into chemotherapy.

One place she finds solace is on social media, with a large Facebook following of supporters.

So when one of those Facebook friends, known as Nina, from Illinois, offered to start a Facebook raffle fundraiser for Weaver, she accepted.

But after about a month of raising money through PayPal and a page dedicated to Weaver, Nina disappeared from Weaver’s life.

“I just never heard from her again,” Weaver said.

A few of Weaver’s friends paid into the fundraiser, and say they never got the items they paid for or their money back.

“She won’t reply to anything we send her,” Weaver said of Nina.

Nina didn’t’ reply to ABC 57 either when asked for comment.

Even if Nina is never found, Weaver says there’s a lesson to be learned about making friends online and choosing what charities to donate to.

“Go through a process. Make sure it’s legit,” Weaver said.