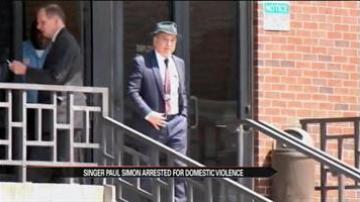 Police in New Canaan say a fight between the pair led to a 9-1-1 call and their arrests.

Simon says it was a rare fight and not a big deal.

The two even held hands and sat next to each other in court when Simon told a judge there was no need for a protective order.

Each was given a misdemeanor summons.