Sinkhole on detour for roundabout construction 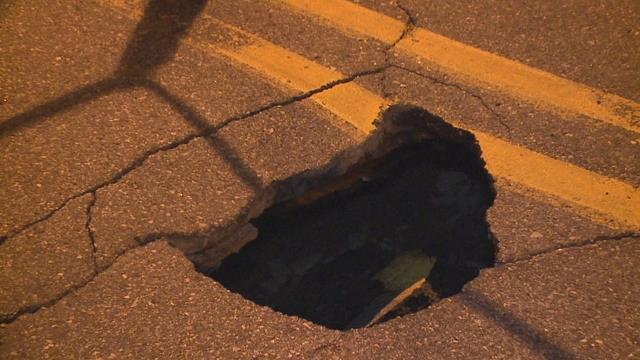 As part of South Bend’s Smart Street Initiative, commuters traveling through downtown South Bend are using detours to get to where they need to go but on Thursday morning, drivers using one of those detours will have to look for another way.

A sinkhole, on Niles Avenue and just a few feet away from South Bend’s first public dog park, closed that part of the road on Wednesday night.

This week, the city began construction on two roundabouts along Michigan Street and drivers were advised to take Niles to North Shore to get through Michigan during this phase of construction.

But now, there’s a new obstacle and this one is a black hole with bad timing.

The South Bend Bureau of Sewers tells ABC 57 News they aren’t sure how long it will take until the hole is fixed.

According to a South Bend Parks Department official, the grand opening for the South Bend dog park will still go on as planned on Thursday.