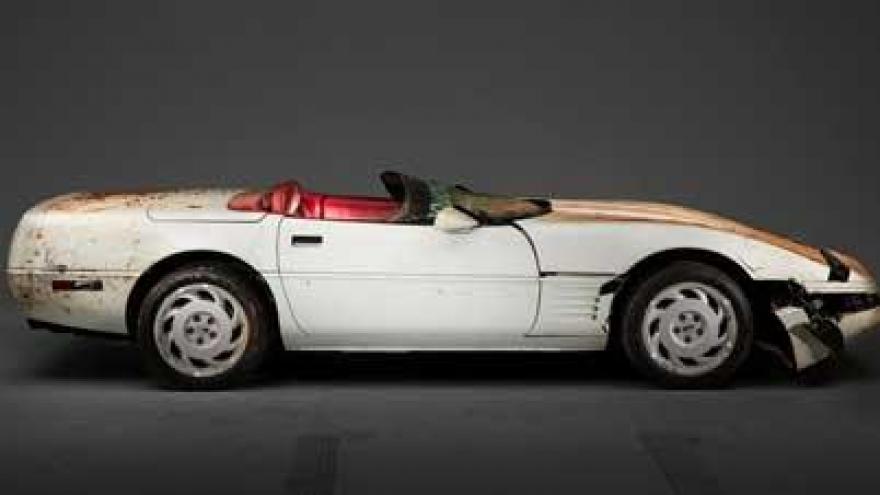 Of the three repairable Corvettes that fell down a sinkhole at Kentucky's National Corvette Museum last February, the 1 millionth Corvette -- a white convertible -- will be the hardest to bring back to its former glory. Of the eight cars swallowed by the hole, only three have been deemed salvageable.

On Wednesday, General Motors and Chevrolet showed it off to the news media at a special facility in Warren, Michigan, before restorers begin what's expected to be a long restoration process.

The sweet machine is pretty banged up. Chevy says it's the most valuable of the three cars. Car and Driver lists its worth at $750,000 or more.

At age 22, the car is old enough that it will be hard to find or create replacement parts. Plus, restorers will be forced to try to salvage as much of the original components as possible to preserve the history of the car.

Experts call the Corvette the most collected car in America. GM says it's the "world's longest-running, continuously produced passenger car."

Recently, restoration on the first of the three salvageable cars -- a 2009 ZR1 Blue Devil -- was completed.

The museum said last month that the third fixable vehicle -- a 1962 black Corvette -- is just too old for GM to handle. The company said it no longer has the institutional knowledge required to properly put it back in shape.

That job is expected to be done by a hand-picked restoration specialist team, the museum said.

Five of the eight damaged cars were deemed too beat up to be restored:

As for the 1 millionth Corvette, it's expected to be back as close to mint condition as possible by June. We'll keep an eye on it, and let you know how it turns out.