Site of Goshen Inn to be redeveloped in to upscale apartments 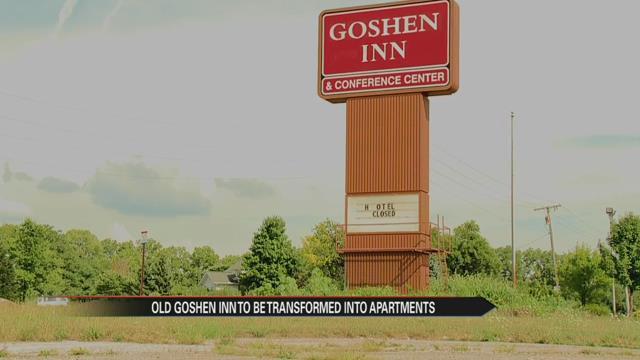 It's been a nuisance for year, but on Tuesday, progress in the long-awaited fate of the old Goshen Inn.

Fires, vandals, and more have plagued the site of the old Goshen Inn for years.

On Tuesday, the Goshen Redevelopment Committee changed all of that.

Jeremy Stutsman in the Mayor of Goshen.

“5 groups made proposals. And tonight we went with one. They are” looking at upscale rental properties and apartments,” says Stutsman.

With the unanimous vote, Emmert Group out of Brazil Indiana will now be able to plan and develop the site.

“We think the site and city government are proactive. On promoting the city. And all the amenities the city has,” said Emmert President Brad Emmert.

Emmert says once the city approves the plans construction on the new side will begin almost immediately.

For the commission this is just another step in the plan to make Goshen one of Indiana's most attractive cities.

“Really says a lot about our community and the quality that lives here,” says Brinson.

Members of the commission said that they are planning to hold public forums regarding construction of the site.

The project should be wrapped up by summer of 2017.