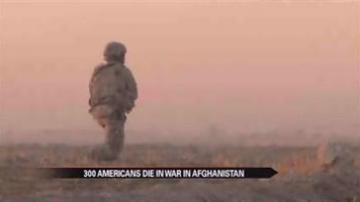 It was the single deadliest incident in Afghanistan in more than a year.

According to NATO there was no enemy fire in the area at the time of the crash and early reports indicate the chopper's engine failed.

So far nearly 130 American troops have been killed in Afghanistan this year but 2013 is on pace to be the least deadly year since we entered the war in 2001.