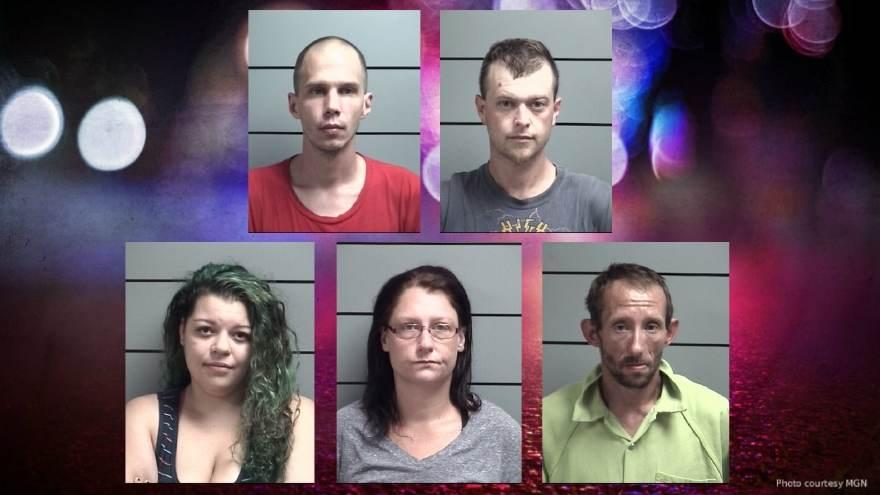 MARSHALL COUNTY, Ind.—Six people were arrested on August 7 after warrants were served in multiple counties, according to the Marshall County Sheriff’s Office.

Six people were arrested as a result, including:

All suspects were booked into the Marshall County Jail, except for Byer, who is being held at the Allen County Jail.