Six years ago, Indiana was rocked by 2nd-most tornadoes in single day in state history

SOUTH BEND, Ind. -- November 17th of 2019 will go down as a cold and cloudy day in Michiana, but just six years ago on this exact date, the Hoosier State was in the middle of seeing its 2nd-worst tornado outbreak in history. 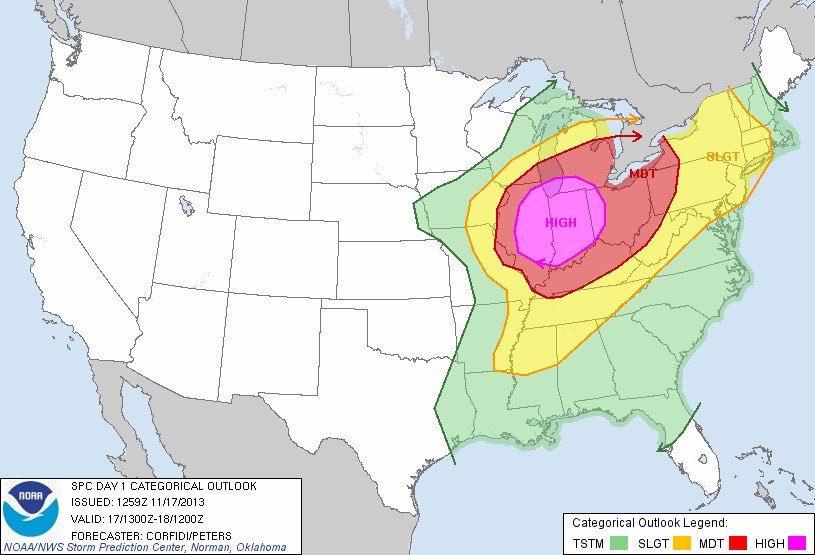 Of those, 73 were confirmed.

Illinois and Indiana were the hardest hit, with 55 tornadoes touching down between the two. Indiana ultimately saw the most tornadoes, though, with 30 touching down. 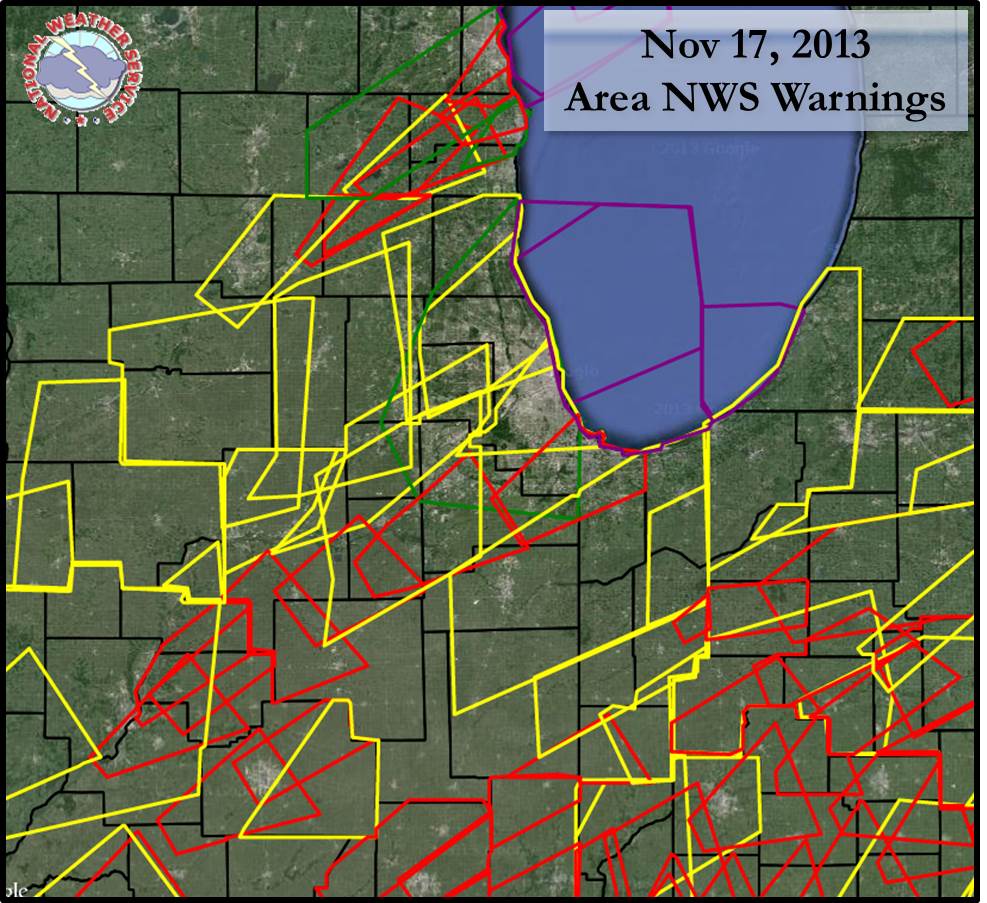 A map showing the different tornado warnings (red) and severe thunderstorm warnings (yellow) issued near the Chicago area. NWS/NOAA
The event lasted nearly 11 hours. During that time, eight people were killed by tornadoes and more than 190 were injured.

By the time all was said and done, the cost of damage was near $1.6 billion. 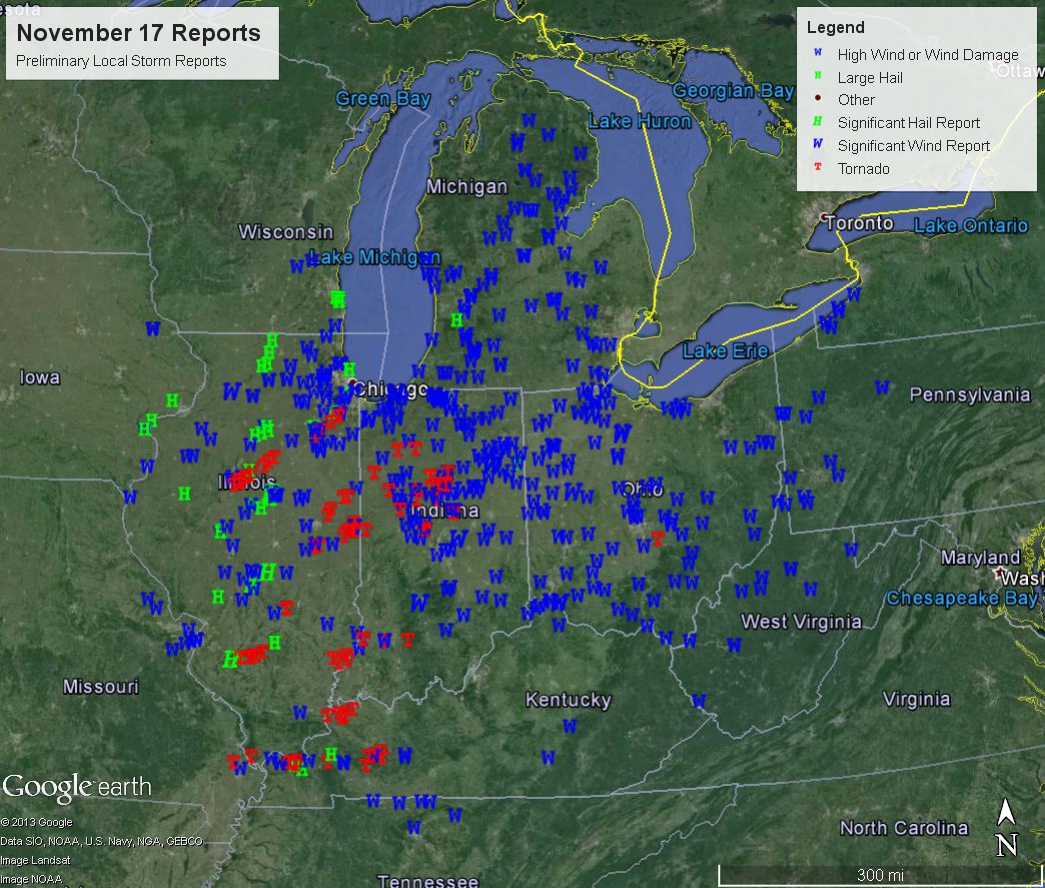 Severe weather reports from November 17, 2013. Damaging wind (blue) reports were the most prominent. NWS/NOAA
The outbreak's strongest tornado was a massive EF-4 with winds of 190 mph. That twister flattened parts of Washington, Illinois, had a width of 1/2-mile and traveled on the ground for more than 46 consecutive miles. 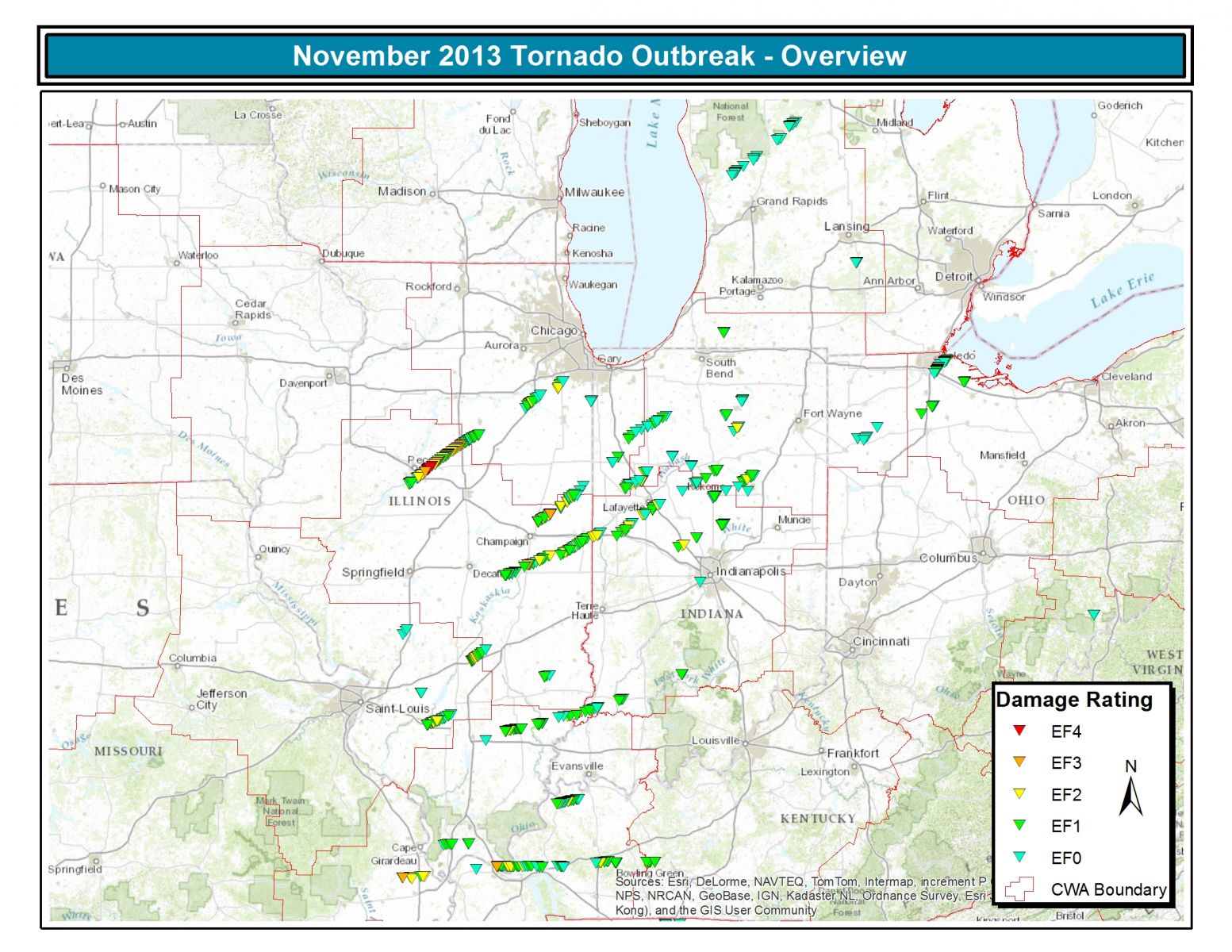 November 17, 2013, tornado outbreak overview of tornadoes. NWS/NOAA
While Illinois and Indiana were the hardest hit, most of the tornadoes that touched down were focused across the north-central portion of each state. That includes Michiana.

A total of five tornadoes wound up touching down in Michiana; three in Kosciusko County, one in Pulaski County and one in Cass County.

The strongest of the five Michiana twisters was one of the Kosciusko County ones that was rated an EF-2 with maximum winds of 125 mph. Two people were hurt as a result of that tornado. 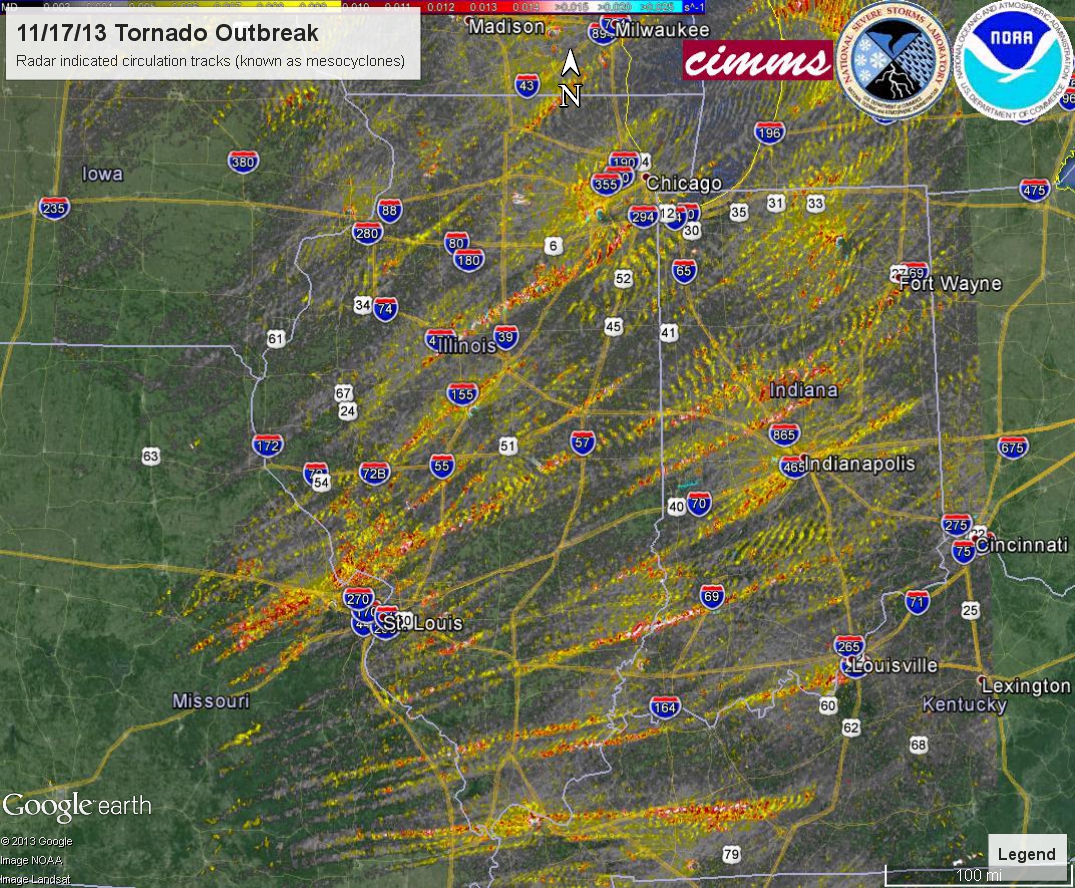 Areas where radar indicated rotation. Put simply, this is incredible for this part of the country. NWS/NOAA
This event will be remember forever as one of the worst tornado outbreaks to ever strike the United States. And it happened just before Thanksgiving.

While it's certainly unusual to have a tornado event of this magnitude at any time of the year, this outbreak should serve as a reminder that severe weather and tornadoes can and do happen in the fall and even winter.