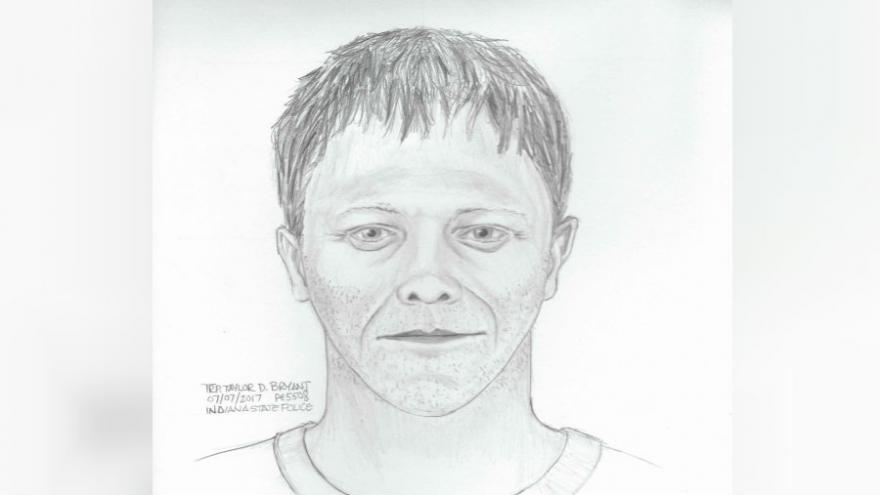 LA PORTE COUNTY, Ind. – A sketch of the man, who police say attempted to abduct a one-year-old child by stuffing him a duffel bag in Fish Lake, has been released.

The man pictured above is suspected of the crime that happened around 6:15 p.m. on June 29th.

Officials say the father of the child was outside when the suspect approached him from behind what looked like a broken down vehicle at the end of the father’s driveway.

The suspect then asked the child’s father for some water.

According to officials, the father went inside for the water but when he came out, he witnessed the suspect stuffing the child into a duffel bag.

The father physically assaulted the suspect and took his son to safety inside the home.