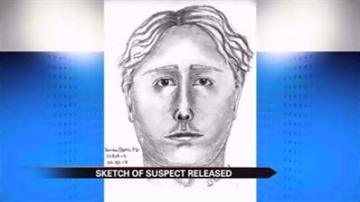 MICHIGAN -- New details have been uncovered in the case of a missing Michigan mom.

Police have released a sketch of the man they believe took her.

He is believed to be driving a gray or silver mini-van.

Police have also released one of the 9-1-1 calls made just minutes after the gas station clerk disappeared.

Her keys and purse were found on the counter inside the gas station.