Outer space - the boundless universe beyond our atmosphere that we can see but most will never touch.

In our solar system alone - there are millions of comets, asteroids and meteoroids and one of those comets has made its way into our inner solar system. 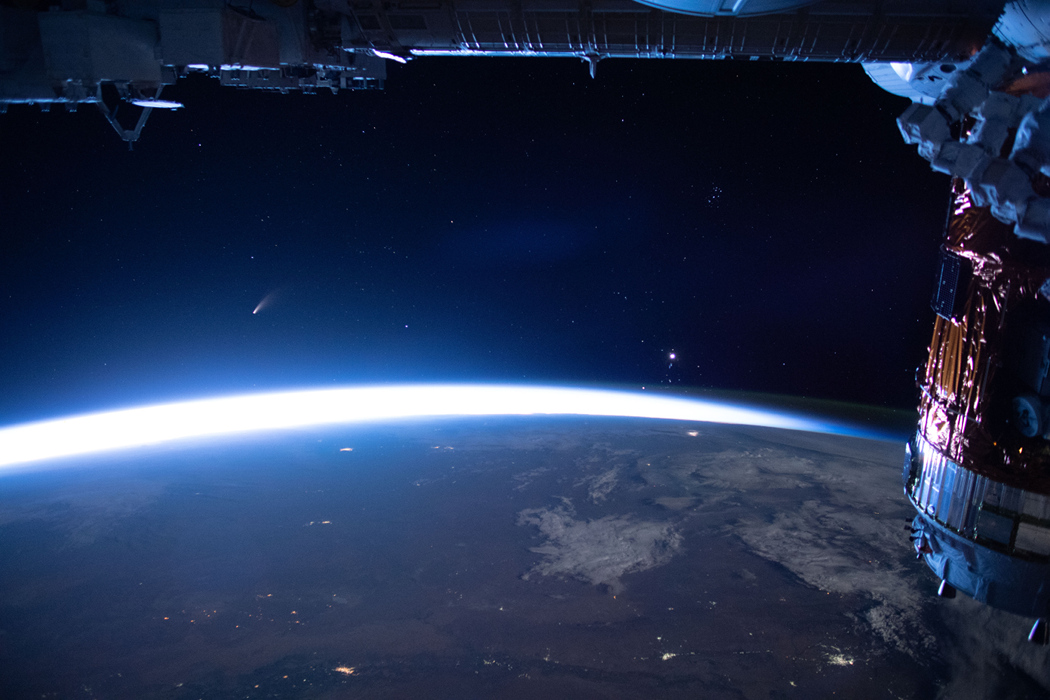 View of Comet NEOWISE from the International Space Station

Joe Masiero, a NASA scientist in the Jet Propulsion Lab in California, is working on the project with the NEOWISE Telescope that first discovered this comet - hence the name.

Joe said, “Our telescope is orbiting the earth, constantly scanning the sky and sends the information down to earth a couple of times a day. then we go through it and look for comets and asteroids and submit them when we find a new one.”

When they first started observing this comet, they didn’t think it would survive.

The comet's path came within the orbit of Mercury, which is quite the hot spot. These comets tend to be made of a lot of volatiles, like ices and gases, that don't do well under that kind of heat. In past decade, other comets have come within that same path have fizzled and evaporated as it passed by the sun. 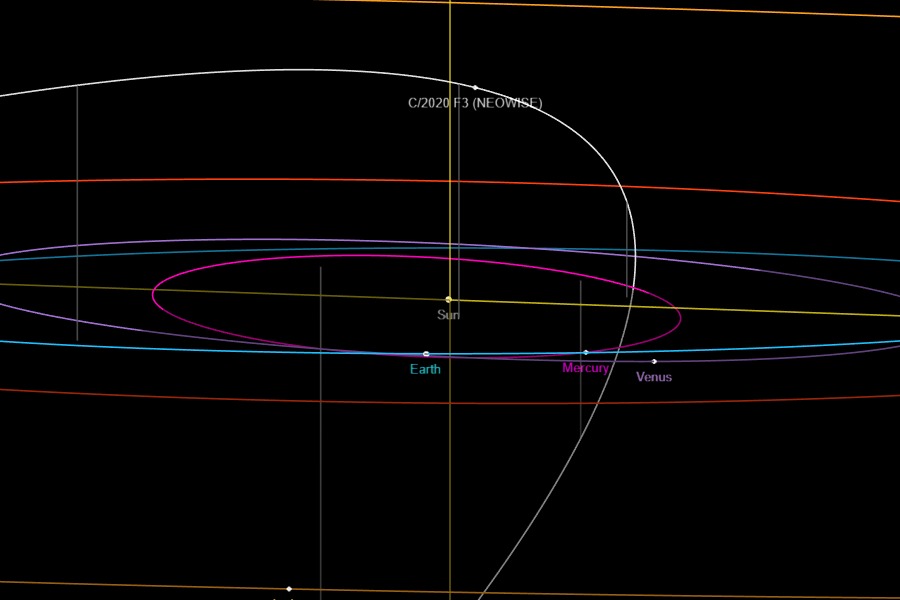 Joe said, “So when it’s in its reserve at the edge of the solar system, it’s only a few degrees above absolute zero. So as it plunges towards the sun, it’s temperature rises 100s of degrees Kelvin so this would be comparable to inside your oven when you’re on high bake or basically broil.”

Even though Comet NEOWISE has survived its high bake from the sun, we are not in any danger of it getting too close. It’ll be about 60 million miles away at its closest approach on July 23rd.

While it may not look like it’s moving quickly in the sky, this comet is moving about 22 thousand miles per hour and it’s not a small comet either. It's about 3 miles across! 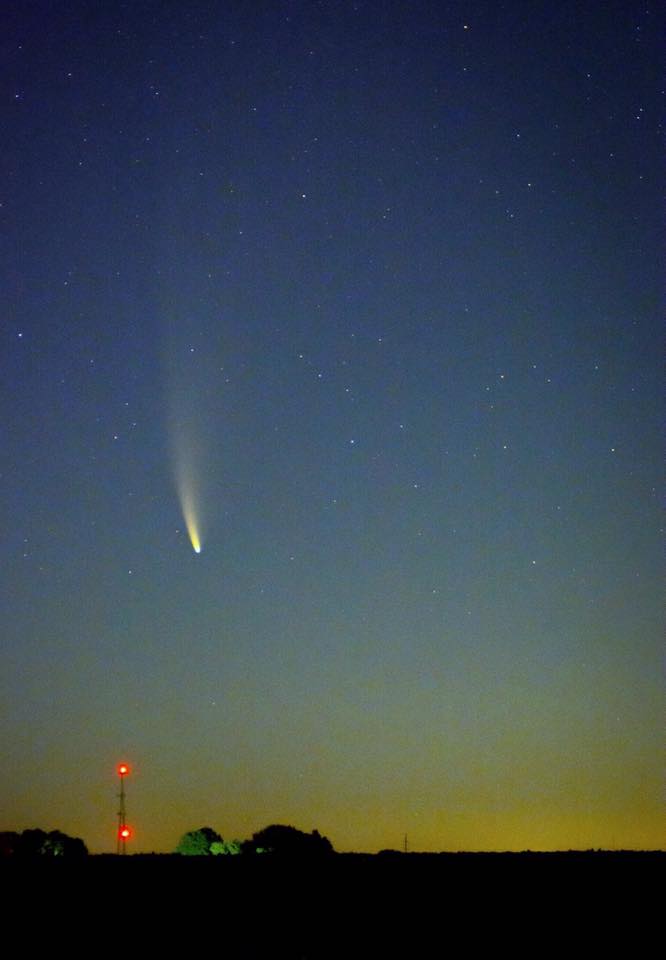 If you’re hoping to catch a glimpse of comet NEOWISE, try to find an open space with an unobstructed view of the horizon. If you have a pair of binoculars it’ll make it easier to initially spot the comet in the sky. Try to limit as much light pollution and look towards the Northwest after the sun sets. You made need to give your eyes a moment to adjust to the dark sky.

People who have seen this comet that live in Michana said that they were able to see it best after 11pm. 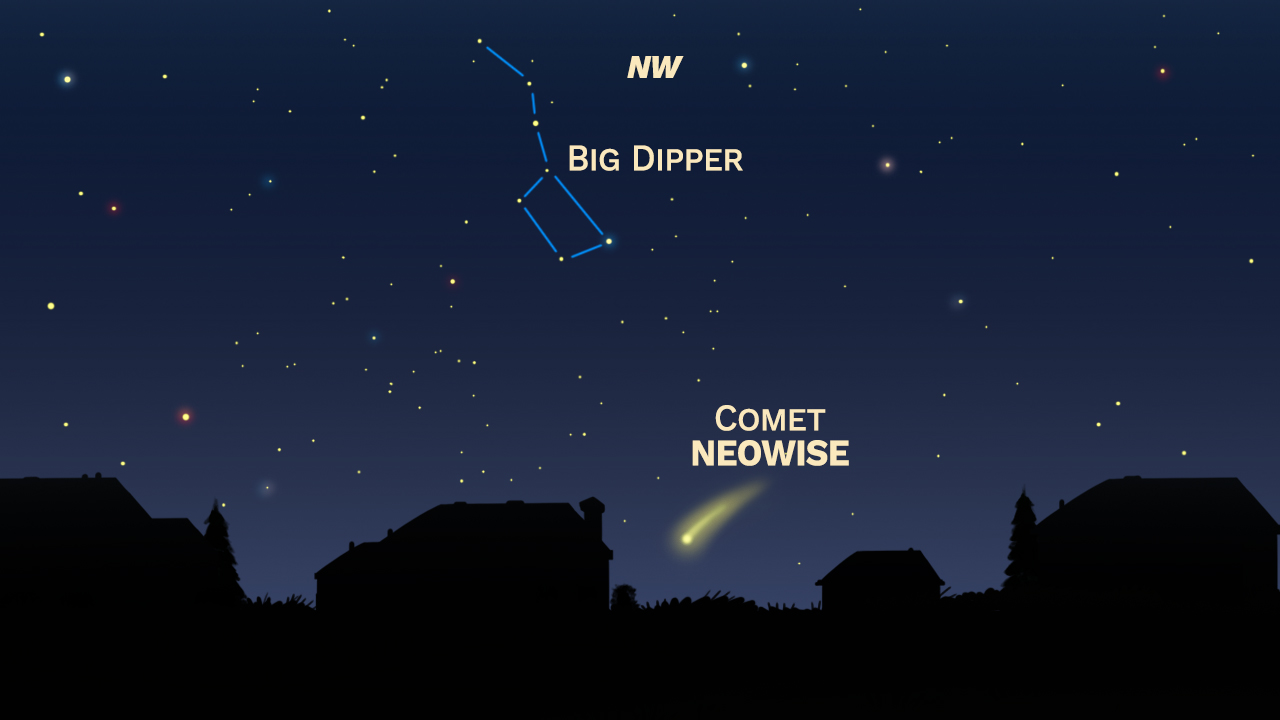 Seeing this comet is a once in a lifetime opportunity. It's not coming back to the inner solar system for another 7,000 years!

Joe says, “I just really encourage people to go out and take a look. These are not common events, maybe once a decade or so maybe once a couple decades that we get to see a comet with our naked eye.”

While the comet will be the closest to the earth on July 23rd, get out to see it now. As it continues to move away from the sun, it’s expected to fade, making it harder to see with the naked eye.

If you take a photo of the Comet NEOWISE, we'd love to see it. You can share it with us by sending it to news57@abc57.com.

Comet NEOWISE actually got its name from the telescope that discovered it.

Joe Masiero is just one of the NASA Scientists that is working on this project and it's really something special.

NEOWISE Telescope was originally launched for an aerophysics mission to look at galaxies and stars. Just before launch Joe's team realized it was also producing a great set of data for asteroids. 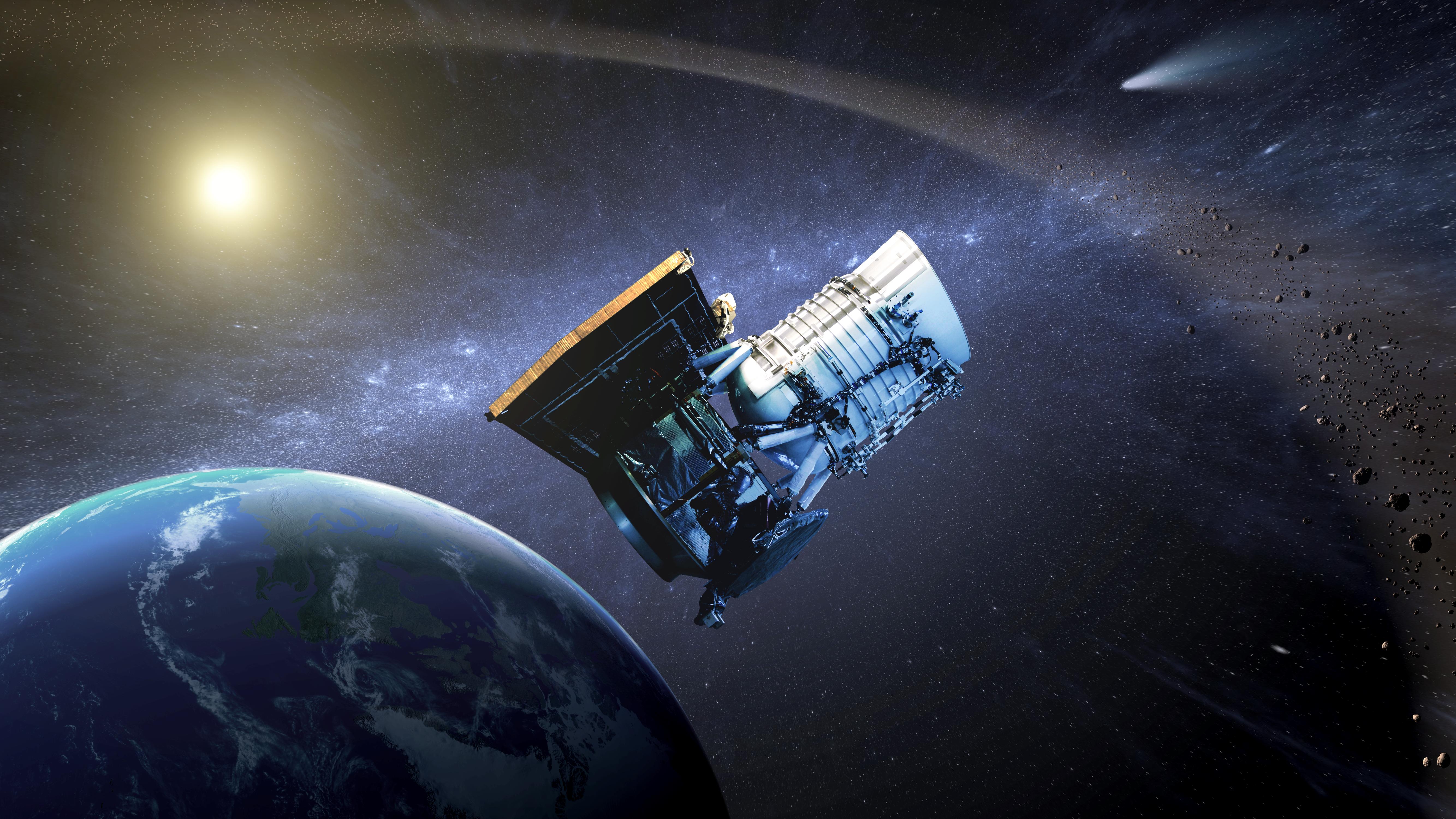 Illustration of the NEOWISE Telescope NASA

So originally the NEOWISE mission began as an addition to the WISE mission that began in 2009. The data analysis was so successful that when the original mission had ended, that NASA asked the team to "wake" the telescope back up in 2013.

Joe says, “One of the reasons we use the NEOWISE Telescope to look for these items, is that the infrared data can be used to find out not only where they are but also get a handle for what their properties are, what their physical properties are. In this case, how big it is and how reflective the surface is.”

One thing you probably wouldn't guess is the size of the NEOWISE telescope. It's only about 40 cm across, similar to a medium size pizza.

It's not just NASA conducting these survey campaigns, but several other countries are watching the space beyond us, scanning for potential threats to the Earth. Thankfully Joe tells me that right now, there currently aren't any objects posing a threat to the Earth.

Eventually the NEOWISE telescope will be out of commission due to it's low orbit that eventually, it won't be able to stay in space anymore. The Jet Propulsion Lab is currently working on a replacement mission with a telescope that will be specifically designed to identify hazardous asteroids and comets. They hope with it, they will be able to answer the question, is there something out there that is going to hit the Earth in the next 100 years.

To learn more about the NEOWISE telescope and mission, click here.