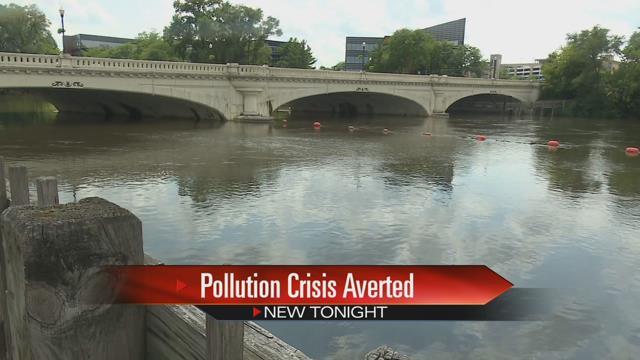 A potential water pollution crisis was averted in South Bend.

The city may have seen massive floods after Monday’s unforgiving storms, but the “smart sewers” technology stopped even bigger problems from happening.

A big priority is keeping the St. Joseph River Clean.

So while water eventually overflowed throughout the city, trash, debris and sewage didn’t likely overflow into the river.

“You see that essentially all infrastructure that the city has is overwhelmed because of the intensity of the storm event,” said Luis Montestruque, President of EMNET, LLC

Unprecedented rainfall led to backed up sewers and massive flooding.

Monday’s storms did a number on South Bend streets but the river was a bit protected thanks to the city’s smart sewers.

“They definitely reduced the amount of pollution that would’ve gone into the St. Joseph River,” said Montestruque.

Pollutants were swept away underground during the first wave of heavy showers.

“The first part of that wave is carrying concentrated sewage, that was carried over to the waste water treatment plant,” said Montestruque.

That left mostly storm water to flush into the river.

Crews were doing it all through monitors and smart sensors instead many wet boots on the ground.

“With this sewer system that makes that process more efficient,” said Montestruque.

As an EPA mandate looms, coming to terms with a long term control plan for the city’s sewers will be vital.

“It reminds of our vulnerabilities, we have to look at the changing climate and the inadequacies that we have with the current systems,” said Kieran Fahey, director of South Bend’s long-term control plan.