Smart Streets construction begins Monday in the South Side 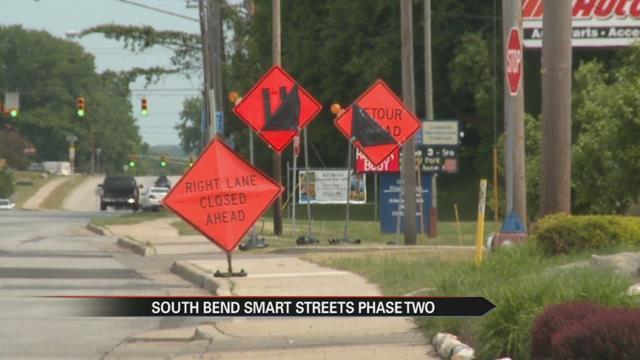 While work is already underway on the Barlett Street and Marion Street roundabouts, the Smart Streets project is set to begin in the city’s South Side on Monday.

Michigan and Main streets will be converted from one-way to a two–way streets and a round-a-bout will be added at the intersection of Michigan and Chippewa.

During construction Michigan Street will be closed between Barbie Street and Sherwood Street until  August 5.

Main Street will become a two-way street and serve as a detour during construction.

“We do expect traffic to slow down a bit so we ask people to plan for that,” said Jiti Kain, Deputy Director of Public Works.

Throughout the planning process, Kain says input from residents and businesses have been vital.

Tania Grimes is the director at Xavier School on Michigan Street and attended all of the city’s meetings about the project.

“It would have been a nightmare had the city not worked with us. It would have just been a real problem, not only for our families getting in and out but for everyone else in this area who needs to go up and down these streets,” said Grimes.

With around 200 cars dropping off and picking up students at the school everyday Grimes says the city worked with her to schedule the project. Construction will start and end during the school’s summer break.

Grimes says she believes all the construction will allow for a safer school campus.

“My goal ultimately is for our families to get in and out of this school safely and at the same time for the other community members traveling to be able to pass the school in a safe manner,” said Grimes.

Most of the businesses on Michigan Street can be accessed from the detour on Main Street.

Kain says detours will be provided for the remaining businesses.