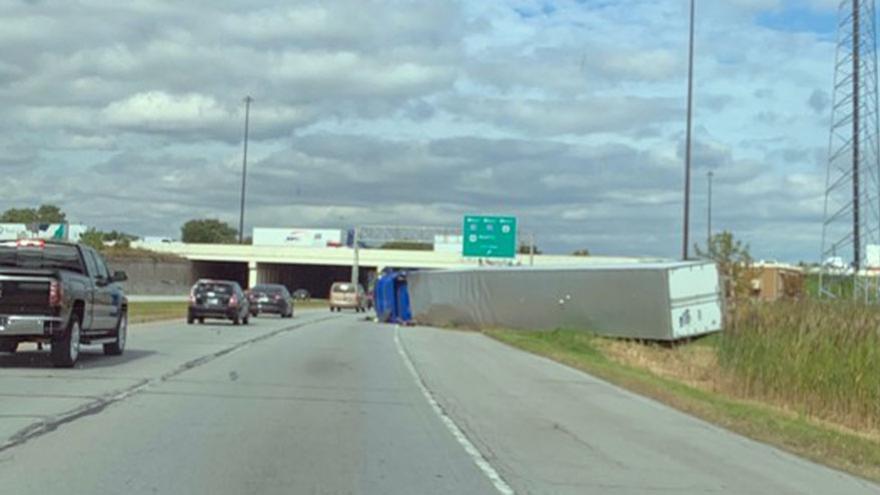 HAMMOND, Ind. -- A semi driver who had a sneezing and coughing fit lost control of his vehicle and it overturned on an exit ramp on I-80/94, according to Indiana State Police.

Steven Baker Jr of Missouri was exiting I-80/94 around 11 a.m. Thursday when he lost control of his semi and it overturned, police said.

Baker told troopers he had a spell of sneezes and coughs and when he opened his eyes, he thought he saw a car next to him - and he swerved to avoid it.

The semi left the roadway and Baker said he felt his trailer loaded with 30,000 pounds of aluminum sway.

It overturned on the driver's side and came to a rest in the right lane of Indianapolis Boulevard.

Baker was trapped in the cab and was extricated by good Samaritans.

He was taken to the hospital with non-life threatening injuries.

The trailer had to be emptied before it could be moved. The roadway was reopened around 5 p.m.