Snow showers, some heavy at times, will persist through the morning and into the afternoon. Temperatures this morning will be in the mid to upper teens with feel like temperatures near 0. Later today highs will top out in the low to mid 20s. Snow showers should move out around 4 or 5pm. Snow accumulations could reach 6-9 inches in Berrien, Cass, northern LaPorte, St. Joseph, and northern Elkhart counties. Drifting snow is also a possibility as winds remain on the breezy side. Roadways will remain slick throughout the day, so travel should remain limited especially through the early afternoon. Tomorrow will be dry with high temperatures topping out near freezing. Rain and snow chances return late Sunday and early Monday. There will be more chances of snow New Year’s Eve and New Years Day. Temperatures will top out in the low to mid 30s both days. 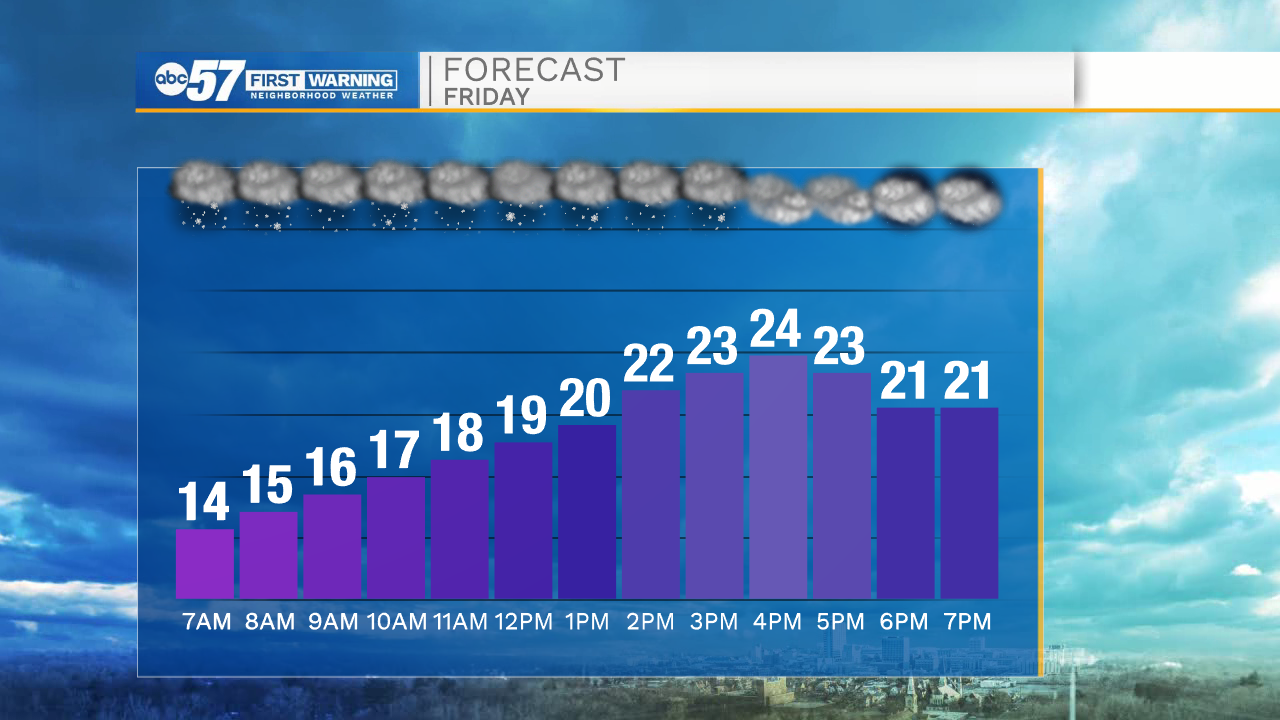 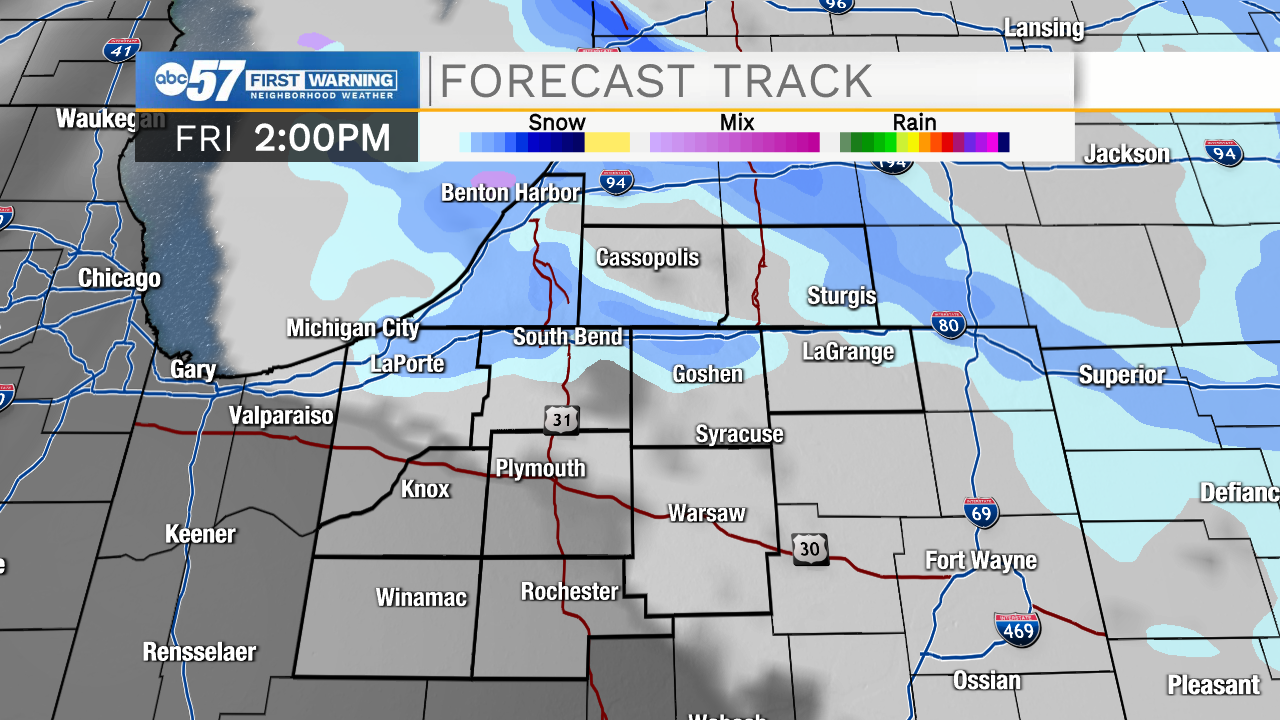 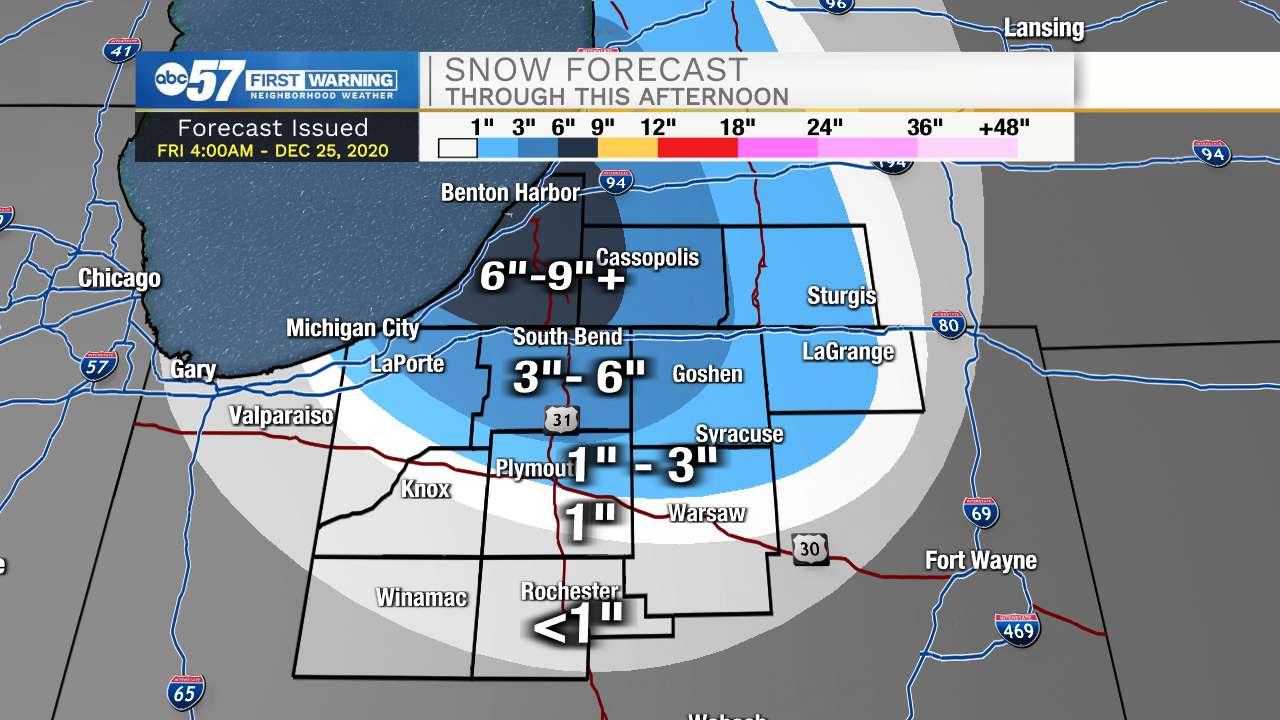