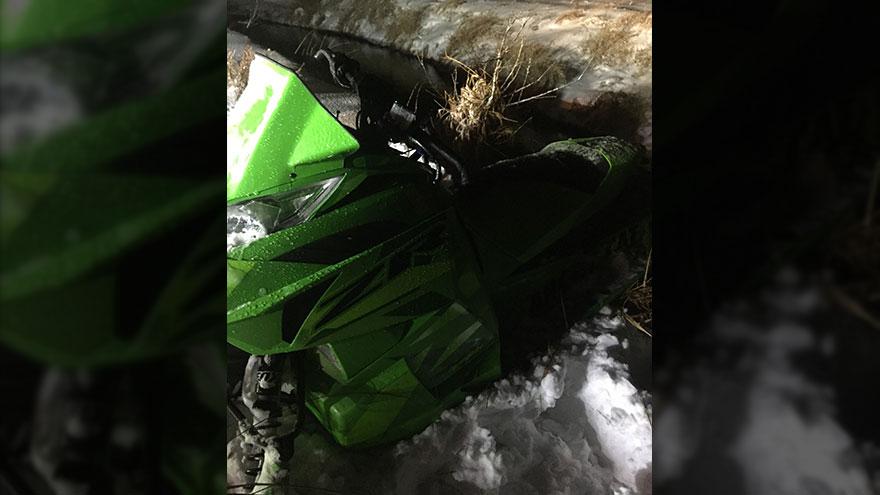 HANNA, Ind. -- A 38-year-old man was injured when he crashed his snowmobile in a water-filled ditch just after midnight Monday.

Indiana Conservation Officers were called to a rural area near Hanna to investigate the crash.

Around midnight, Charles Zbuka, 38, was driving his snowmobile across a large field at approximately 40 miles per hour when he drove into a ditch and struck the bank on the opposite side.

A snowmobiler who witnessed the crash found Zbuka unconscious and in the water at the bottom of the ditch. The witness held Zbuka's head above water while he called 9-1-1, according to conservation officers.

The La Porte County Sheriff's Office responded to the scene and used a rope to pull Zbuka from the steep banks of the ditch.

Zbuka could not be transported by helicopter because of weather conditions, so he was transported by ambulance to La Porte Hospital, then South Bend Memorial Hospital.

He was in serious, but stable condition at the time he was transported.

Zbuka was wearing a helmet at the time of the crash, investigators said.

Speed, poor visibility and alcohol are believed to be contributing factors, according to conservation officers.