In the span of a week, Michiana's snowpack has practically vanished before our very eyes.

Sunshine and above-freezing temperatures have diminished the snow depth in South Bend from 16" last Wednesday to 6" as of Wednesday morning.

The graphic below shows an approximation of Michiana's snowpack as of Wednesday morning. 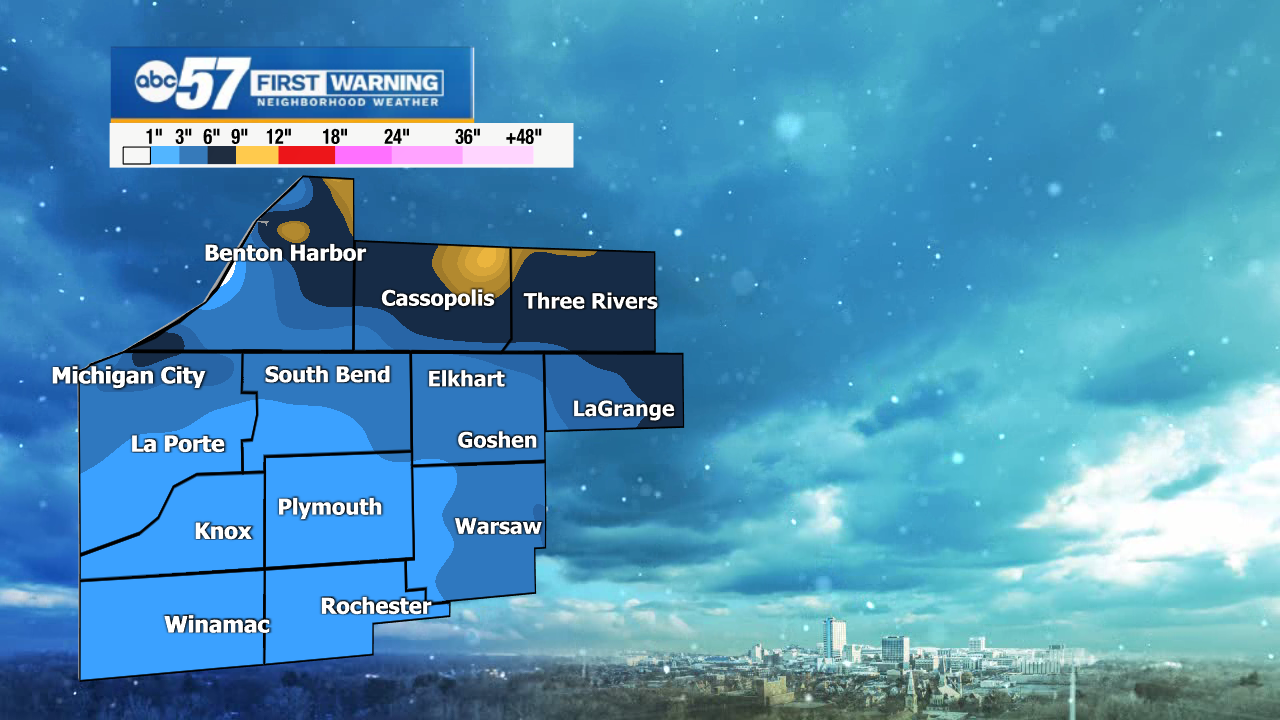 Wednesday marked a snowpack milestone in Michiana. Most of the area has had at least an inch of snow on the ground for a full month! 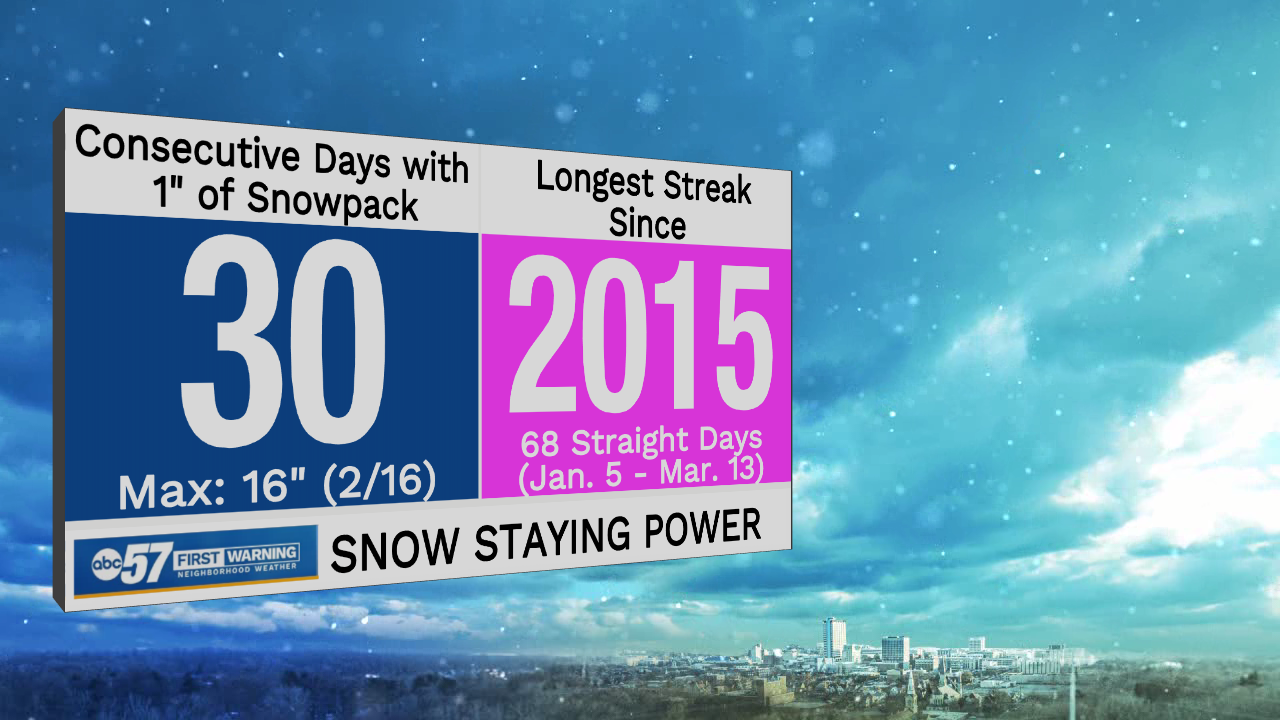 That's the longest streak of 1" of snow depth since 2015, when we were trudging through snow for the first two and a half months of the year.

Even though much of the snow has melted already, there's still a lot of water content in said snow. Most of the viewing area has 1-2" of water on the ground, with higher amounts to the northwest. 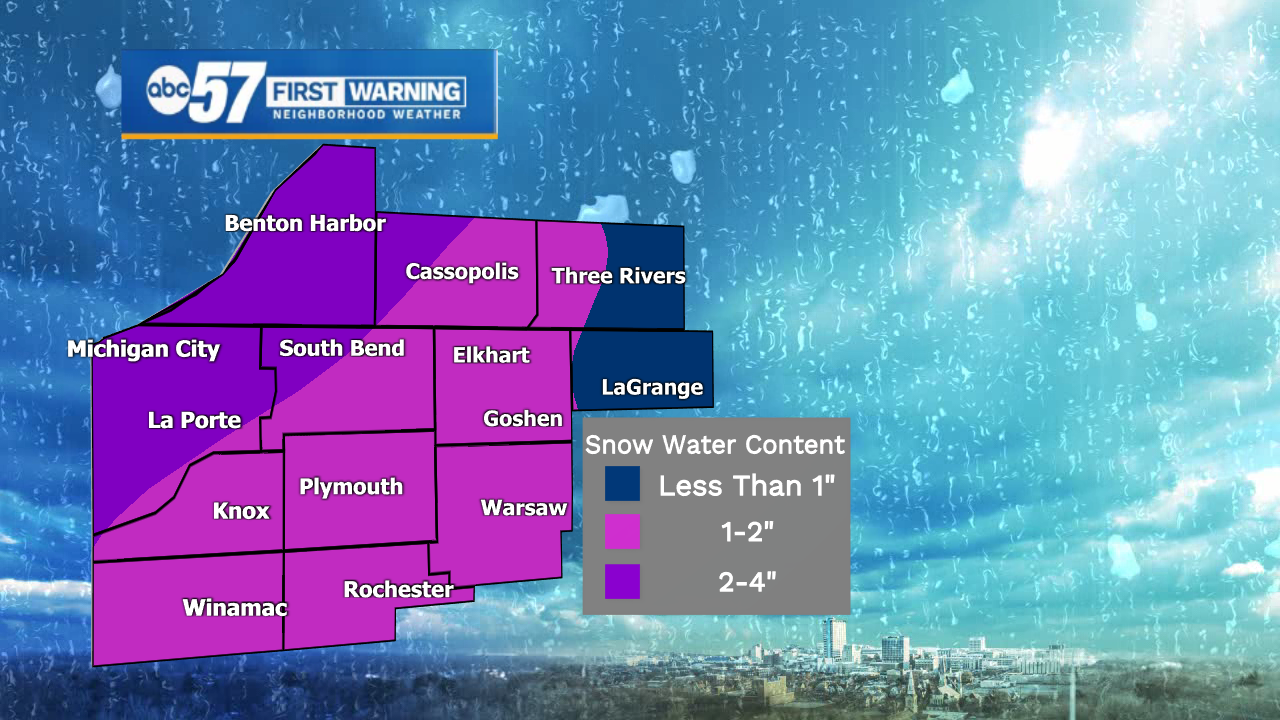 Fortunately, with quiet weather and most nights near or below freezing, flooding is not a concern for Michiana going forward.

The half of foot of snow on the ground likely doesn't have much time left, as high temperatures are expected to remain well above-freezing as we head into March. 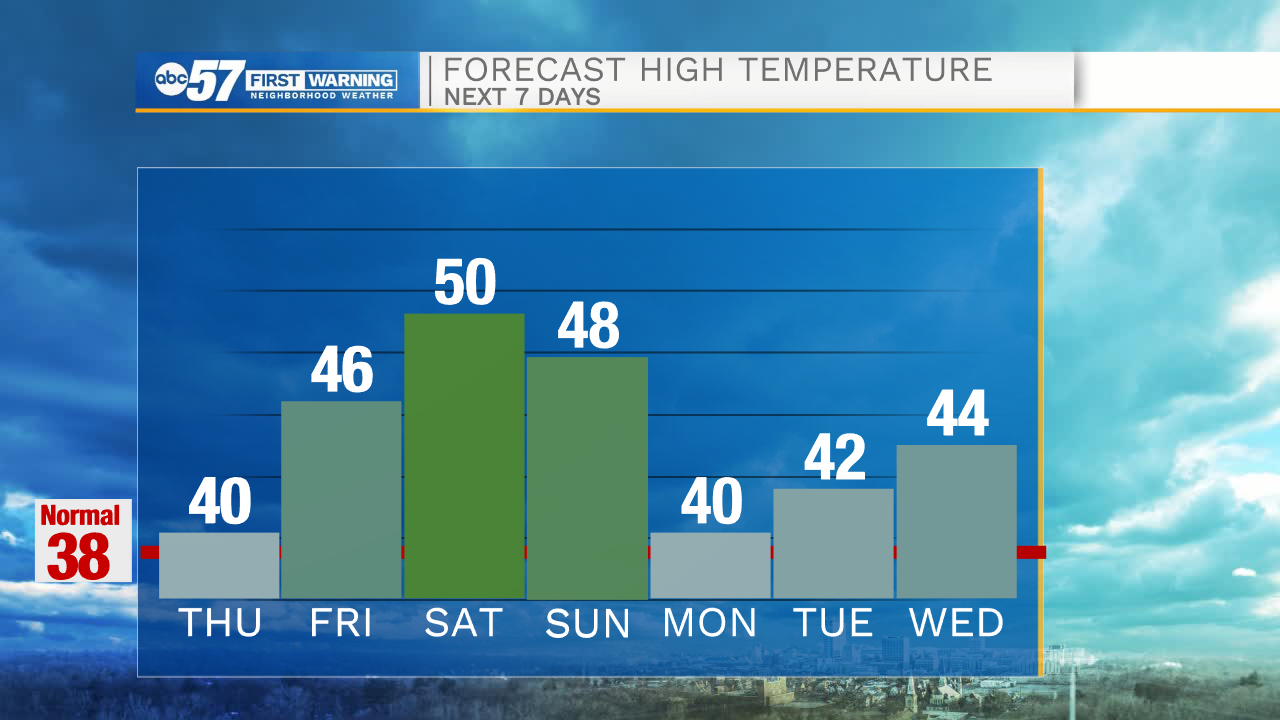 The melt will likely slow a bit over the next couple of days, with cooler temperatures and some more clouds on Thursday.