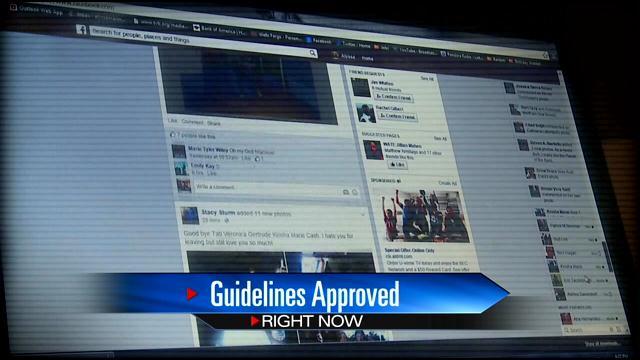 After weeks or review and debate, a controversial set of social media guidelines are now in place for the South Bend Common Council.

The final vote was 6-2. The only two members that voted no were councilman Henry Davis Jr. and council President Oliver Davis.

Both have been critical of the new social media guidelines.

In a statement released prior to the meeting, Henry Davis Jr said social media is one of the only resources at his disposal to communicate with constituents about issues in the community that he believes get swept under the rug.

Council president Oliver Davis requested the ACLU investigate the guidelines to make sure they don't infringe upon freedom of speech.

Councilman Tim Scott says with new changes the guidelines are not unconstitutional. And he says a lot of research went into making sure these guidelines were fair and ethical.

“Most of our research was done with the U.S House Of Representatives, the U.S Senate as well as cities such as Seattle, Yakima, Cherry Hills,  Colorado," said Scott. "Then we looked at probably 40 or so different social media policies.”