Social Media shows conversation between police and protesters in Baltimore 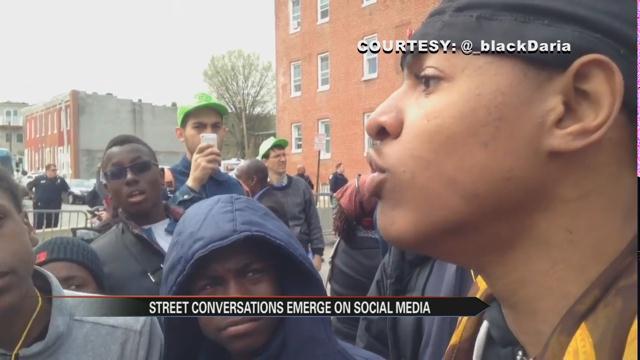 The big story that's getting a lot of play is the damage the rioters are causing, the injuries to police and first responders, and the sense of chaos that's lingering as city leaders try and restore order in Baltimore, MD.

But new video we found on social media Tuesday morning shows not every conversation between the two sides is violent.

A video posed on Twitter from @_blackdaria shows police on the streets on Monday afternoon are engaging some protesters in conversation.

The police officer that the young man is seen talking with is also black, showing while there are racial undertones that are playing a major role in the unrest, it's not just a black and white issue.

The protester then said, "the man was on the ground, he couldn't even move."

The officer's response, "it's not fair and me looking at you right now in your face I see your hurt your pain and I agree with you."
Share this article: