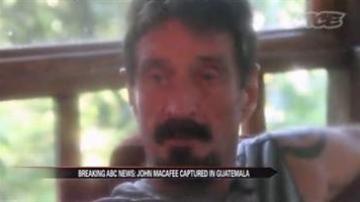 Software mogul John McAfee isn't running from the law any longer, he is now in custody in Guatemala.

Authorities tracked his location after a reporter from vice.com, who was invited to cover his life on the lam, posted a smartphone picture of McAfee.

Investigators used it to track his exact location to an upscale hotel in Guatemala.

McAfee is wanted as a person of interest in the murder of his American neighbor in Belize.

They arrested him for illegally crossing the border.