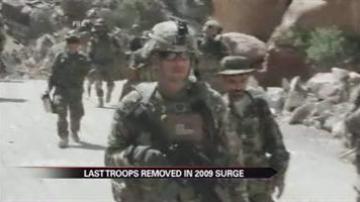 The opinion of the longest serving Republican member of Congress recently changed because of a soldier's email to him.

Army Staff Sergeant Matthew Sitton was serving his third tour in Afghanistan when he was killed by an IED.

Just weeks before his death, Sitton emailed Congressman Bill Young of Florida to explain the truth about the risky and dangerous missions they took, even challenging his commanding officers.

The email effectively changed the congressman's mind and Young now believes that all troops should be removed as quickly as possible.

And this all comes on the heels of President Obama's removal of the last troops, which he sent in a surge back in 2009.